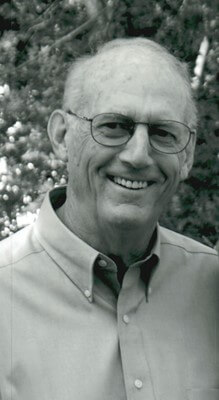 A private family service for Edward Glennan Grady Jr. is scheduled for Saturday January 16, 2021. Glennan passed away on January 10, 2021 after a lengthy struggle with Parkinson’s Disease. Glennan was the son of Edward Glennan Grady and Corinne Coyle Grady, born on October 20, 1935 in New Orleans, LA. He grew up in Laurel, MS and graduated from George S. Gardner High School in 1953. He attended Mississippi State College where he was a member of the Kappa Sigma Fraternity, graduating with a degree in Petroleum Geology in 1957. Upon graduation, he went to work for Haliburton in Houma, LA. In October, 1957 he married Janice Wilcox from Laurel.

He was an active reservist with the U.S. Army from 1957 through 1963. Glennan returned to Mississippi State University and received a Bachelor of Science degree in Forestry in 1961. He was a member of Delta Pi Delta honorary Forestry Fraternity and was selected the outstanding graduate in the School of Forest Resources. In May, 1961, he joined Tennessee River Pulp and Paper Co. in Counce, TN, (later becoming Packaging Corporation of America) living first in Savannah, TN and later moving to Corinth, MS in 1962. He was a member of St. Paul’s Episcopal Church, serving at various times in every Mission Committee and Vestry leadership position. He was chairman of the building committee for the St. Paul’s Episcopal Church on Highway 2.

His sons were active in Boy Scouts of America Troop 27 in the 1970’s and 1980’s, and Glennan was similarly active with the Troops Board of Review. He took profound pride in his three sons attaining the rank of Eagle Scout.

Glennan retired from Packaging Corporation of America in 1991. He was active in the Society of American Foresters, Mississippi Forestry Association, and the American Pulpwood Association. In 1992, he was a primary developer of Chips Inc. in Glen, MS and served as the president. The mill retained in operation until 2002.

One of Glennan’s greatest joys was playing golf and the wonderful fellowships with his golf friends. The many golf trips were highly enjoyable and remained so special to him. He also enjoyed gathering for coffee at Borroum’s Drug Store and helping to solve most of the world’s problems.

In lieu of flowers, memorials may be offered in Glennan’s name to St. Paul’s Episcopal Church Memorial Fund, the Michael J. Fox Foundation or a charity of your choice.

Online condolences can be left at www.MemorialCorinth.com.