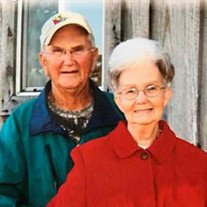 After a long and fulfilling life, Callie Doyle (Boosey) Leech passed away at age 92 at his home in Smithville on the morning of January 11. He was born the third of six sons to Jessie Elder and Lena Dill Leech on January 5 1929, in Smithville. On July 23, 1948, he married Barbara Ann Silas. This union lasted for over seventy-two years.

Boosey was an United States Army Veteran, having served in the Korean Conflict. He retired from the Engelhard Corporation after twenty-eight years of service, last working at the Aberdeen Mines. He was a long time member of the New Bethel United Methodist Church in Turon.

In his younger days, he was an avid fisherman always keeping a log of how many fish he caught on a given day. In addition to fishing, he enjoyed mowing yard, sometimes as many as twenty per week.

He is preceded in death by his parents and brothers Hansel, James, Robert and Bobby. He is survived by his wife of seventy-two years, two sons Eddie (Gidget) of Fulton and Mike (Barbara) of Franklin, Tennessee, grandson Jesse (Paige) of Jackson, Tennessee, brother Rex (Sandra) of Smithville, Many nieces, nephews, and Max his trusted dog.

Due to the COVID pandemic, there are no services scheduled.