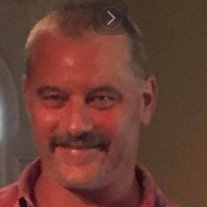 Clinton, MS – William Dee "Bill" Sizemore, 55, passed away on February 7, 2021 in Horn Lake, MS. Bill was born on October 2, 1965 in West Point to Jean Fowler and Floyd Thomas “Tommy” Sizemore, Sr. He was a devout Christian who graduated from Oak Hill Academy in 1983. He went on to earn his Associates Degree from Hinds Community College and has since become a Licensed Journeyman Electrician.

In July of 1985, Bill married Scarlet Wyatt. He was a loving husband, father, brother and friend to everyone he met. Although Bill deeply enjoyed being “Soccer Dad” to his three girls and Pawpaw to his four grand kids, watching all the grand kids growth in life was by far his favorite. In his spare time, he also enjoyed hunting, fishing and playing golf. He will deeply be missed by everyone.

Funeral services will be Friday, February 12, 2021, at 2:00pm at Cedar Bluff Baptist Church in Cedar Bluff, MS with visitation being one hour prior to service. Reverend Todd Chesser will be officiating and assisted by Brother Karl Novak. Burial will follow at Hebron Baptist Cemetery in Pheba, MS. Calvert Funeral Home of West Point is honored to be entrusted with the arrangements.

Memorials may be made to Sanctuary Hospice or Catch-A-Dream Foundation.