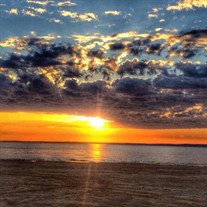 Betty Jo King Scruggs, 71, passed away on Tuesday, April 6, 2021 at her home in Tupelo. Born on September 2, 1949 in Jackson, she was a daughter to Jesse Joe Allen and Viola McKay King. Prior to her retirement, she worked for a number of years in retail management. She loved to watch westerns and family get-togethers. In her younger years, she liked to fish. She also enjoyed crossword puzzles. She was a Christian.

Visitation will be on Friday evening from 5 until 7 p.m. at Cleveland-Moffett Funeral Home. A private memorial service will be held at a later date.

She was preceded in death by her parents; one brother, James King; and two husbands, James Owen Imel, Jr. and Michael Wayne Scruggs.