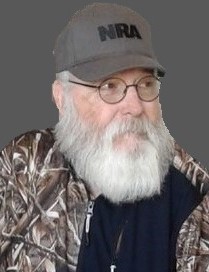 OKOLONA – Edd Lewis was born the eighth of ten siblings on October 18, 1948 in Chickasaw County, Okolona, Mississippi to Johnnie Lewis and Leona Wooten Lewis. He graduated from Okolona High School, attended college at IJC where he played football just before being drafted into the U.S. ARMY. Edd received numerous medals for his military service in Vietnam.

Edd did carpentry work, spent six years working on a farm for Mr. O.W. Ball, and then went to ICC learning more of the carpentry trade in a House Building Cluster. Later, he worked for Blount Int’l on the Tom Bigbee Waterway pouring the locks, dam and boat ramps. Edd worked at Cooper Tire & Rubber Co. in Tupelo for 23 years and retired in February 2009.

Edd and Donna, along with friends and family members, built a home in 2004 that he designed on the land he loved and where he grew up south of Okolona in Chickasaw County. He enjoyed working the land, growing vegetables and sharing them with family, friends and neighbors. He loved to tell people he lived in Egypt just to see the look on their faces! Then telling them it was Egypt, MS. He had lots of stories from his childhood, time in Vietnam and experiences in life and enjoyed telling stories. He spent his life taking care of his family and was generous to those in need. He professed his faith in Jesus as his savior and was a faithful member of Mt. Olive Baptist Church.

A celebration of life service with Military Honors will be held at 11 AM on Thursday, April 15, 2021 at the Okolona Chapel of Holland Funeral Directors with Bro. Dempsey Rowland officiating. The family will begin receiving friends one hour prior to service time Thursday only. Burial will be in Boone’s Chapel Cemetery. Holland Funeral Directors is honored to serve their friends.

Condolences may be left for the family at www.hollandfuneraldirectors.com.