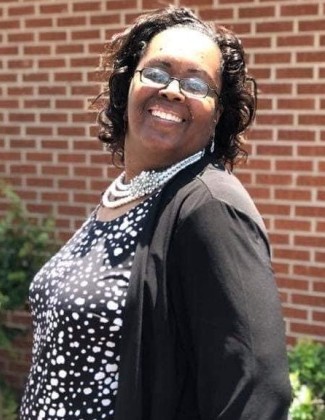 Kathy graduated from Holly Springs High School in 1995; continued her education at Rust College, where she graduated in April 2000 with a Bachelor’s Degree in Computer Science.  In the midst of her journey, Kathy furthered her education from the University of Phoenix-Online, pursuing her Masters of Communication degree and graduated on October 5, 2019.  She worked at Rust College as the secretary for the Science and Math departments from 2006 until her illness took over.  She inspired, nurtured, and helped many students and individuals throughout her journey.

She accepted Christ at an early age and joined Jones Grove M.B. Church; she later changed her membership to Williams Temple in Moscow, TN, where she served for nine years.  She joined the Mt. Peel M.B. Church Family in 2012 and served as a Vocational Bible School Teacher, served on the Congress and Pastoral Committees, and a member of the choir, where was a lead singer and director.

She was united in holy matrimony on July 1, 2012 to Minister Sam Swopshire.  Two families became one and to this union they were blessed with one son.

Kathy made her transition from this earthly life to eternal peace at her home on Monday, April 12, 2021.