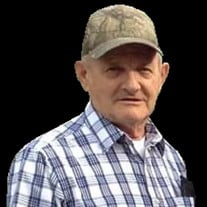 Van Steven Shepherd, age 78, of Oxford, MS died unexpectedly Monday, May 10, 2021, at Baptist Memorial Hospital in Oxford with his family by his side. He was born April 18, 1943, in Oxford, MS to the late James (Bilbo) and Beatrice (Dyer) Shepherd. Van was a down to earth man who it was said, “he never met a stranger”. And you could never be around him without having to hear at least one story. His working career spanned almost 60 years. He spent the majority of that as a sewing machine mechanic at Kellwood, and then later at Blauer Mfg, where he retired in 2014. He was also the neighborhood small engine mechanic, which he loved doing for everyone in the community. He also loved gardening and hunting. But nothing held a greater place in his heart than his grandchildren. He was a member of New El Bethel Baptist Church in Oxford, MS where he had served on the deacon board for 36 years.

Visitation is planned for Friday, May 14, 2021, in the Gardiner Room at Seven Oaks Funeral Home from 12:00 Noon until 2:00 PM. Services will follow at 2:00 PM in the Henry Chapel of Seven Oaks with Bro. Johnnie Stewart officiating.

As well as his parents, Van was preceded in death by one sister, Frankie West.