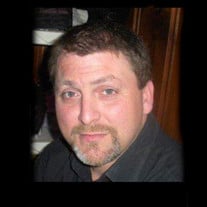 Mickey grew up in a large family and attended Amory High School. He became a dedicated, hard-working man at a young age and loved working with his hands. He was a skilled carpenter, worked many years for United Furniture, and over the last fifteen years provided his craftsmanship to Harlow Flooring. He was a member of Victory Baptist Church in Smithville. He was blessed by God, during his lifetime, with three wonderful daughters and a son. He married Sandra "Sandy"Jean Washington. Within his years here, he had many friends, but his best friend was his brother, James. They were ride or die partners, til death do they part, only to meet again in the new life. Through the years, he and his family, shared many unforgettable memories. He was a light in the darkest of times, always bringing a cheerful smile or laugh to those he loved and cared for.

Outgoing, he was a true comedian, clumsy at times, and he loved being around the people that he cherished. He had the nickname “Joker” and it fit well for those that knew him. In his free time, he loved to ride motorcycles, go fishing, and grill for others. He enjoyed spending time with family, especially his mama, brother, and his dogs. Mickey liked to listen to Country Music, R&B, Gospel and Country Rap. His willful determination gave him the strength to overcome many obstacles within his lifetime. But above all, he was most proud of the adults his children had become.

All that knew and loved Mickey will miss him dearly.

Visitation for family and friends will be from 10:00 am until the service hour at the funeral home in Amory.

Donations in lieu of flowers may be made to St. Jude Childrens’ Research Hospital, 501 St. Jude Place, Memphis, TN.