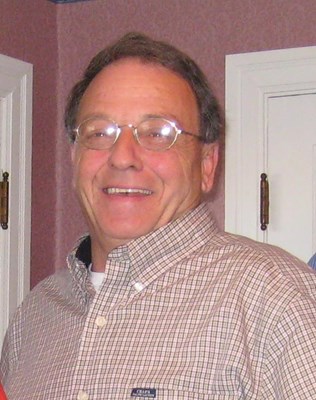 Ronald Wayne (Ronnie) Winter went to be with the Lord at the Sanctuary Hospice House on Tuesday, May 25th, 2021. He was 74 years old.
Ronnie was born to Dudley and Evangeline Conlee Winter on September 8th, 1946, in Pontotoc, Mississippi.
He attended the Pontotoc city schools and graduated from Pontotoc High School in 1964 where he excelled in football and track.
As a 1960’s teenager, he enjoyed dances at the Pontotoc Community House, vanilla cokes at the local drive-in, movies at the Joy in Pontotoc and the Lyric in Tupelo, climbing the local fire tower and playing football on Friday nights. He embraced anything and everything involving a car – “riding around” in one of his many “60’s” convertibles or drag-racing in one of his many fast cars”.
Ronnie loved scouting. He was proud to achieve the rank of Eagle Scout and Order of the Arrow under the leadership of the late Mayor Howard Stafford.
Ronnie’s many hobbies included hunting, fishing, swimming, playing golf, tennis and mowing his lawn. He always liked washing, waxing, detailing, and driving cars – particularly a Chevrolet.
Following high school graduation, Ronnie joined the US Air Force and honorably served in England. After returning home, he completed his education at Itawamba Junior College and Ole Miss.
On June 12th, 1970, he married his childhood friend and high school sweetheart, Sherrie Weatherly, at First Baptist Church in Pontotoc, where they were both members. They were blessed with two wonderful and caring children, Jennifer Wardlaw and Ron Winter. He greatly enjoyed participating in their school, social and sports lives. During Ron’s senior year in football, he gratefully served as president of the Pontotoc Warrior Football Booster Club.
During a brief period, Ronnie worked locally for the Park and Recreation Department and in retail sales. In 1979 he was hired by a man who became his mentor and moral compass, Lonnie White. He achieved great success in this industrial sales field and was honored with many President’s Club awards. During his sales’ career, he was blessed by many customers and buyers who also became lifelong friends.
After retirement Ronnie returned to his love of fast cars and purchased numerous Corvettes. He loved the design and beauty but especially loved the “thrill of the ride”.
Ronnie and Sherrie embraced their roll of grandparents. They spent hours traveling to Jackson and Collierville to proudly welcome each newborn and participate in each baptism, christening, birthday party and school sports activity.
Each day Ronnie relished the simplicities of life – sitting on his back door step while drinking a hot cup of coffee and watching the sunrise or swinging in his front porch swing, observing the late afternoon shadows as the squirrels scampered across his freshly mowed lawn. However, more than anything else, he loved to listen to the summertime sounds of his grandchildren as they splashed and played in their backyard pool.
Ronnie was predeceased by his parents Mr. and Mrs. Dudley Winter and a brother-in-law, Jim Weatherly. His memory will be honored by his wife, Sherrie Weatherly Winter, his daughter, Jennifer Winter Wardlaw (Brad) of Pontotoc and his son, Ron Winter (Emily) of Collierville, Tennessee. He is also survived by his brothers Don Winter (Mary Jane) of French Camp, Mississipppi and Marty Winter (Debbie) of Germantown, Tennessee and by his brothers and sisters-in-law Scott and Elise Black Jr. of Pontotoc, Shan and Kevin Ann Weatherly, of Tupelo and Cynthia Weatherly of Brentwood, Tennessee; his nephews: Chris Winter (Rebeckah), Scott Black III, Brandon Weatherly (Lyssa), and Zack Weatherly and nieces: Heather (Jay) Corbitt, Anna (Richie) Slagle, Mollie (Joshua) Wright, Kate Winter, Catherine (Chris) Hicks, Hannah (Matthew) Kimbrough and Brighton Weatherly. Also, left to cherish his memory, are his beloved grandchildren: Win Wardlaw, Will Wardlaw, Hudson Winter, Ella Irene Winter and Wells Winter.
A Graveside Service of Memories will be held at the new addition of the Pontotoc City Cemetery at 11:00am on Thursday, May 27th, 2021, with Dr. Ken Hester as officiant and the Rev. Randy Wood, musician.
Pallbearers are Ron Winter, Brad Wardlaw, Don Winter, Marty Winter, Terry Wood, Scott Black III, Brandon Weatherly and Zack Weatherly.
Honorary pallbearers are his grandchildren, Scott Black Jr., Shan Weatherly, Tommy Wood, Jeff Roberson, Jimmy Wilder, Johnny Wilder, Roger Stafford, Reuben Pitts, Dr. Steve Montgomery, Danny Weatherly and Bill Goodwin.
Donations in Ronnie’s honor and memory may be made to the following: First Baptist Church in Pontotoc, Sanctuary Hospice House in Tupelo, St. Jude Children’s Research Hospital in Memphis and the American Cancer Society.
“Ronnie is now with the Lord and he is healed. He loved his family more than anything else and dedicated his life to taking care of them. We will miss him but rejoice that he is in Heaven.”
Condolences may be sent to www.browningpontotoc.com