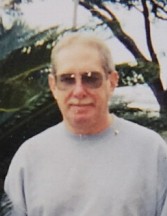 Mooreville- Hezzy Cladie Williams, 74, died at North Mississippi Medical Center in Tupelo early Wednesday morning, June 9, 2021. A  native of Columbus, he was born on July 10, 1946 to Henry and Laylor Williams. Mr. Williams served America in Vietnam as a member of Seal Team 2 and later retired from ABF Freight Systems. He lived in Michigan City for many years before returning to Mississippi.

He is survived by his daughter, Jamie Oliver; step-daughter, Melissa McGrew; several grandchildren; and many nieces and nephews.

He was preceded in death by his parents; his wife, Deborah Williams; brother, Ray Williams; sisters, Grace Robertson, Joyce Robertson and Catherine Tussle.

Private family services will be held at a later date. Holland Funeral Directors is honored to be serving their friends.

Condolences may be left at www.hollandfuneraldirectors.com.