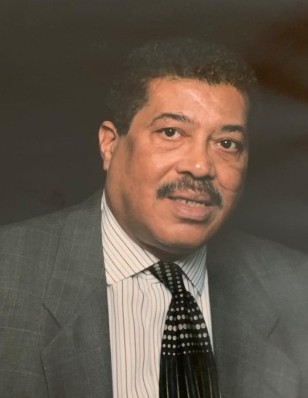 Dennis Malcou, 79, died Wednesday, June 16, 2021, at Diversicare in Tupelo. A native of Chicago, Illinois, Dennis was born June 24, 1941, to Earl Marvin Dennis and Mercedes (Hood) Dennis.  He attended Dewey Elementary School.   Sometime after graduation, he enlisted with the United States Army and proudly served his country. Following his military career, he moved back to Massachusetts to attend the University of Massachusetts where he received his Juris Doctor Degree. Dennis was well traveled and never stayed put any one place too long. He practiced law in Chicago and Texas for a while, and at some point, many years ago, he touched base in Tupelo, where he became the first black News Anchor at WTVA. Throughout his travels, he was called to ministry and served as a Pastor to many places he called home. He finally settled in Tupelo for good around 5 years ago, after being retired for around 25 years.

Dennis was preceded in death by his parents; Earl Marvin Dennis and Mercedes Roselyn Dennis, his daughter, Simone Dennis; a sister, Mercedes Nancy Dennis, and a brother, Michael Dennis.

Visitation will be held from 12 PM until service time Saturday, June 19, 2021 at Holland Funeral Directors-Tupelo.

Condolences may be left for the family at www.hollandfuneraldirectors.com.​