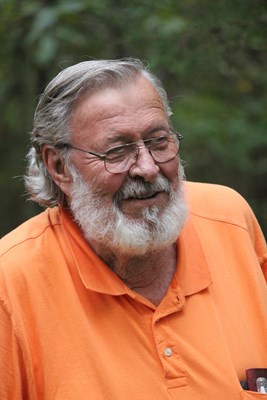 Edgar Erskine “Judge” Barton, age 82, passed away on Sunday, June 20, 2021 at Sanctuary Hospice House in Tupelo. He was born December 19, 1938 to Thomas Ervin and Claudia Mae Cobb Barton. Edgar was a member of Anchor Baptist Church. He served in the MS National Guard with the Dixie Darlings from 1955 to 1957. Edgar was retired from United Steel Workers and served as Pontotoc Justice Court Judge from 2000 to 2008 and after the untimely death of his dear friend, Judge Phil Weeks, Edgar filled his unexpired term from 2010 to 2012. He was also a member of the Sons of the American Revolution, Sons of Confederate Veterans and the Pontotoc Cattlemen’s Association. Edgar enjoyed ancestry, collecting guns and knives, collecting Dale Earnhardt memorabilia and spending time with his family.

Services will be at 11:00 AM, Wednesday, June 23, 2021 at Anchor Baptist Church with Rev. Greg Herndon officiating, burial will follow in the Anchor Cemetery. Browning Funeral Home in Pontotoc is honored to assist the family with the arrangements.

Visitation will be from 5 to 8 PM Tuesday and from 10 to 11 AM Wednesday, all at Anchor Baptist Church.