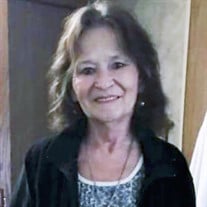 Tupelo – Shirley Jean Fulgham Hester, 65, passed away on Saturday, june 26, 2021, at her son’s residence in Saltillo, MS. Born on July 21, 1955, in Starkville, MS, she was the daughter of the late Murle and Louise Langford Fulgham.

Shirley grew up in Starkville in a large family with seven brothers. She went to work at a young age and was a great provider for her family as they were growing up. Shirley worked at the Jitney Jungle grocery store as the Deli Manager and she also was a waitress at Vanellis Italian Restaurant in Tupelo.

She believed in the Lord and was blessed with three children during her lifetime. Shirley was loving and cared for people. She was Protestant and attended the Assembly of God church in Aberdeen. Her family and grandkids meant the world to her. She had a great sense of humor and often times she liked to listen to Old Classic Country music and the blues. In her free time, she enjoyed being outdoors, especially fishing for the big one that got away.

In addition to her parents, she was preceded in death by six of her brothers.

A private family gathering will take place at the funeral home in Amory, MS with Pastor Brenda Harrison officiating.

Memories and condolences may be shared with her family at EEPickleFuneralHome@gmail.com.