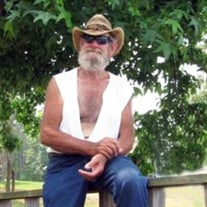 Learl attended school in Itawamba County and went to work at a young age, in order to help his family. He initially went to work at Amory Garment Factory and later started a career at Tru Temper Sports. Learl was a dedicated employee and he worked an incredible 49.5 years at Tru Temper. He was the only employee to work there this long amount of time and he was very proud of his service record. While there, he was a Member of the American Steel Workers Union. Learl loved his country and was a Patriot. He served his country in the National Guard as a Corporal. A wise man, he never owed anyone anything and he was very educated as he always read the newspaper daily.

Learl was of the Baptist faith and he believed in God. He was caring and blessed with three children and seven grandchildren. Family meant everything to him, Learl was a great provider and he took great care of them over the years. He was an honest man who had a dry wit and at times he could be sarcastic. A musician, for years he liked to play his guitar and gather with other people in the community. There were many the days he took to the open road on his motorcycle and just escaped. An avid motorcyclist, he was a member of the Goldwing Motorcycle Association for over 20 years. He enjoyed being outside, not only on his bike, but camping in the wilderness as well. Some of his favorite people were his youngest son, Steve, Leslie Spann, and David Hurley. In his downtime, a little bit of Merle Hagard would make him smile.

A man with a wonderful spirit for life, Learl will be missed by so many. The memories made with him will be cherished for years.

In addition to his parents, he was preceded in death by his daughter, Christine James; a brother, Jess Hurley; three sisters, Opal Hurley, Dimple Moore and Bernice Jackson

A Celebration of Life Service will be held on Tuesday, July 13, 2021 at 2:00 pm at E. E. Pickle Funeral Home in Amory. Burial will follow in New Hope Cemetery and pallbearers will be family and friends.

Visitation for family and friends will be held on Monday evening at the Funeral Home in Amory, starting at 6:00 pm.