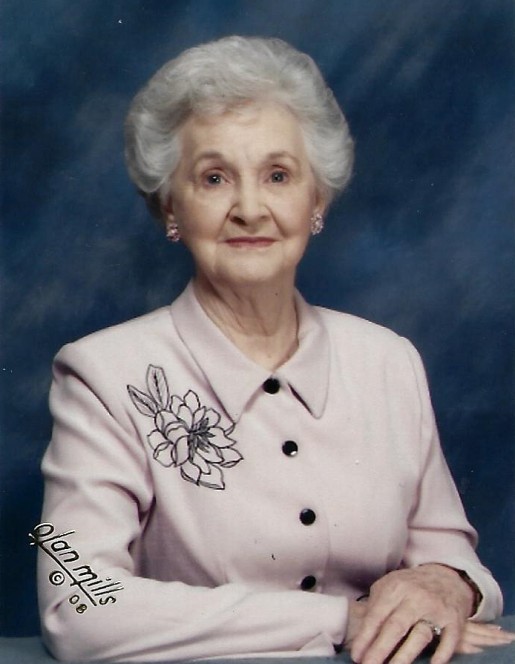 TUPELO – Hazel Perry Porter returned to her Creator on Monday, July 12, 2021 from Sanctuary Hospice House after a long and fruitful life.  She was 90. Hazel lived a life of faith, grace and purpose.  She was a devoted wife, mother, grandmother and citizen. Born on October 27, 1930 in Hazen, Ark. to the late Elmo Perry and Virgie Anderson Perry, Hazel grew up there and graduated from Hazen High School. She married Charles Porter of Sallis, MS in Little Rock on October 23, 1949, a marriage of 64 years until his death on April 14, 2014.  He was a school teacher and coach. They made Tupelo their permanent home in 1966, moving from Noxapater, MS. Hazel began her working career with the Mississippi State University Extension Service in Winston Co. and retired after 27 years as Office Manager of the Lee County Extension Office.  She was beloved by colleagues, farmers, gardeners, 4H-ers and all who used the services of the Extension Service.  Hazel was a poised, professional lady who dressed to the 9s and always exhibited a sweet countenance. She and Charles were longtime faithful members of Parkway Baptist Church in Tupelo where she was active in the visitation ministry up until her health failed.  She enjoyed the outdoors, camping, reading good literature, needle point, painting and playing cards with her “girlfriends” and family.

A service celebrating her life will be held at 11 AM Thursday, July 15, 2021 from the Tupelo Chapel of Holland Funeral Directors with her pastor, Bro. Paul Young, officiating and Cory Hays providing the music.  Private burial will follow in Lee Memorial Park.  Visitation will be from 9:30-service time on Thursday only at the funeral home. For those unable to attend, the service may be viewed at 11 AM on Thursday at hollandfuneraldirectors.com/live-streaming and permanently archived thereafter.

The family extends special thanks for the wonderful care given to Hazel by Generations Assisted Living Center and Sanctuary Hospice House.  Memorials may be made to Parkway Baptist Church, 1302 Lee Street, Tupelo, MS 38804.