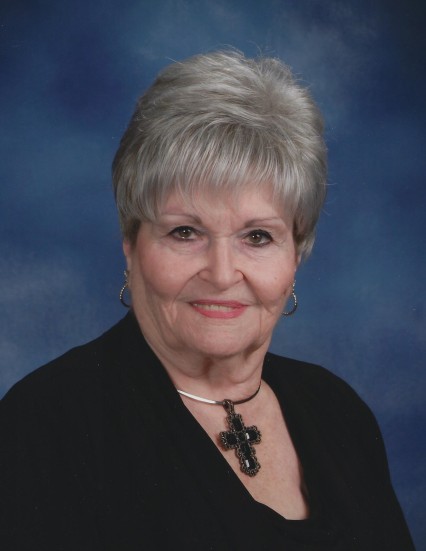 SALTILLO – Evie Lou Matthews Williamson died Saturday, July 10, 2021 at Sanctuary Hospice House in Tupelo.  She was 81. Born on June 19, 1940 in New Albany, MS to Joe Gilbert Matthews and Allie Lee Prather Matthews, she grew up in Plantersville and attended Shannon High School. She married Joe Paul Hood, who died in 1977. In 1986, she married James Williamson, who died on Sept. 9, 2012. She worked in the Bundling Department at Blue Bell for over 25 years. Evie Lou never met a stranger, was remarkably independent in thought and deed- yet was kind hearted and loved her many friends and family. She loved being loud, being the life of the party and making things happen with lightening speed.  She grew up in the Plantersville Baptist Church but was a member of the First Baptist Church in Fulton at her death.  Evie Lou cut a wide path, lived large every day and will long be remembered as a good wife, mother, grandmother, sister and friend to many.

A celebration of life service will be held at 11 AM Wednesday, July 14, 2021 in the Tupelo Chapel of Holland Funeral Directors with Bro. Tommy Winders officiating. Visitation will be from 5 PM to 7 PM today (Tuesday) and from 10 am-service time on Wednesday all at the funeral home. Burial will follow in Lee Memorial Park. For those unable to attend, the service may be viewed at 11 AM on Wednesday at hollandfuneraldirectors.com/live-streaming and will be archived thereafter.