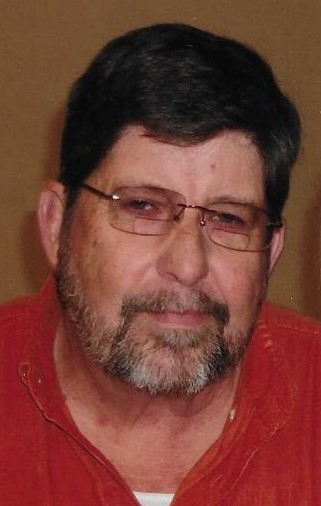 Joseph Roy Collins, 70, departed this life and returned to his Creator in the early morning hours on Friday, July 16, 2021 at Sanctuary Hospice House in Tupelo. A native of Lee County, he was born May 23, 1951 to Theron and Louise Rogers Collins and has lived in the Old Union and Pontocola area all his life. Shortly after his graduation from Shannon High School where he played football, he enlisted in the United States Army and proudly served his country during Vietnam. After his honorable discharge, he served in the Miss. National Guard several years.  Roy had a long career as a truck driver mostly in short hauls; working a number of years for Hickory Springs and lastly, for Phillip Pannell, . On March 26, 1982, he married Suzy Tackett. Roy’s hobbies included loving the outdoors,raising donkeys, tinkering in his shop, working on old trucks, tractors and cars with his brother, Huey and spending time with his sweet grandbabies.  Born with a dry, wicked sense of humor, he loved talking and met no strangers. He grew up in the Old Union Baptist Church but attended Troy First Baptist Church in the last few years.

Survivors include his beloved wife, Suzy Tackett Collins of Pontocola; three daughters, Candace Downs (J.B.) of Boston, Massachusetts, Jesse Sharp (Chris) of Old Union and Brittany Ellis (Ben) of Pontocola; four grandchildren who lovingly referred to him as “Paw Paw”, Aodhfionn and Caoimhe Downs, Mattox Young and Case Ellis; his brother, Huey Collins (Linda) of Old Union; and several nieces, nephews, cousins and their families.  He was preceded in death by his parents, Theron and Louise Collins; and his mother and father-in-law, Lavada and Willie Tackett.

A celebration of his life  will be held at 2 PM Monday, July 19, 2021 from the Tupelo Chapel of Holland Funeral Directors with Bro. Randy Parchman officiating. Burial will be in Upper Pleasant Grove Cemetery in Pontotoc Co.  Visitation will be held today, Sunday, July 18, 2021 from 2PM – 5 PM at the funeral home. For those unable to attend, the service may be viewed at hollandfuneraldirectors.com/Live-streaming at 2 pm Monday and will be permanently archived thereafter. Holland Funeral Directors is honored to be serving their friends.

Memorials may be made to Sanctuary Hospice House, PO Box 2177 Tupelo, MS 38802. Condolences may be left at www.hollandfuneraldirectors.com.