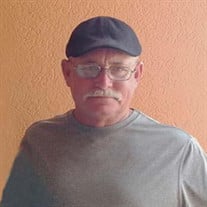 Smithville – Michael “Mike” Allen Whitaker, 67, passed away on Saturday, July 31, 2021, at North Mississippi Medical Center in Tupelo, MS. Born on July 27, 1954, in Aberdeen, MS, he was the son of the late Wilburn Whitaker and Wilma Byrd Whitaker.

Mike grew up in Greenwood Springs and graduated from the Hatley High School, class of 1972. A great student, he was given an award for attending 12 years of school without being absent one day. On November 10, 1972, he married his best friend, whom he met in 8th grade, Peggy Adams. Together they were blessed with two daughters, four grandchildren, and many friends of grands whom he claimed as his own. Mike was a great provider, worked great with his hands, and worked his entire career in construction. He was employed by several different construction companies and he was also self-employed, working primarily in concrete. He was proud of his family and the accomplishments of his children and grandchildren. Mike was so friendly and always made others feel like family. Their home was always the gathering place for their children and their friends through the years.

He was a servant, believed in God and knew that God watched out for others including himself. In his free time, Mike liked to be with his friends and family and he would do anything for them. Funny, lovable, and a true character, Mike was blessed with so many friends who appreciated him for his honesty, which was always given with taste and respect. Oftentimes, Mike liked to entertain by storytelling where he shared with others both truth and fibs and only the true sleuth could tell the difference. Mike had more friends than he could count and he liked to go hunting, fishing, and solving all the world’s problems with them. He liked to listen to 60’s and 70’s oldies music, country as well as bluegrass music. When Mike came into a room, there were always smiles that followed, he lit up a room with his sense of humor and kind heart.

A man who lived life to the fullest and made everyone feel loved, Mike will be missed dearly by all that knew him. He will never be replaced and the legacy of his humor and kindness will live on in the hearts of his family and friends.

In addition to his parents, he was preceded in death by his grandson, Tucker Lee Tubb; and his grandparents, Kirb and Lourena Whitaker; Kirby and Viola Byrd.

Visitation for family and friends will take place Tuesday evening at the funeral home in Amory from 5:00 pm until 8:00 pm.

Memorials may be given to LeBonheur Children’s Hospital, 848 Adams Avenue, Memphis, TN 38103. Memories and condolences may be shared with his family at EEPickleFuneralHome.com