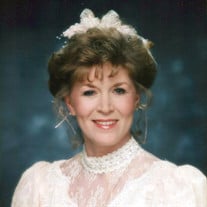 Nancy Cook Barrus Cramer, age 67, of Water Valley, MS went to meet her maker Sunday, August 1, 2021. She was born August 14, 1953, to Mary Ragsdale Cook and Clarence L. Cook of Millington, TN. Formerly, she had lived and worked in Baltimore, MD and Charlotte, NC; and retired after 16 years as the Administrator of the Biology Department at the University of Mississippi.

Visitation is planned for Tuesday, August 3, 2021, in the Gardiner Room at Seven Oaks Funeral Home from 1:00 PM until 3:00 PM. Services will immediately follow at 3:00 PM in the Henry Chapel of Seven Oaks.

She is survived by her husband of twenty-six years, Michael Cramer; one step-daughter Stephanie (Kenny) Pilkington of Burlison, TN; two sons Charles (Vangee) and Scott Barrus, both of Charlotte, NC; one brother Noal (Brenda) Cook of Seaman, OH; one adopted brother Terry Miller of AR; five grandchildren; Angelina, Haley, Joey, Kevin, and Luigi; one great-granddaughter baby Lillith, and a host of special cousins, nieces, and nephews.

She was preceded in death by both her parents and two half-brothers.