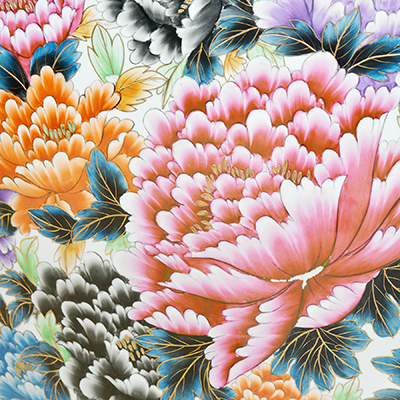 Alene Hodges was born to Harvey P. and Ruth Wood Campbell on February 27, 1919, in Algoma, MS. She was called to her heavenly home on August 6, 2021, at the age of 102. She was the second of six children and growing up, learned the value of hard work alongside her family in the fields of the family farm. After graduating from Algoma High School, she moved to Memphis, TN, to take courses at Draughon’s Business College and work at Sears. While in Memphis she met Harold W. (Wayne) Hodges, Sr. and they were married on January 21, 1942. Shortly thereafter Wayne was called to duty for WWII. While at Fort Bragg, NC, their first son, Harold, Jr. was born. She followed Wayne from camp to camp until he was sent overseas in 1944. She and Harold Jr. spent his time overseas at her parents’ home in Algoma. After WWII they settled in Memphis, TN, and their second son Bill was born. The family moved to Jackson, MS in 1953. Their marriage lasted for fifty-eight years until Wayne’s death in 2000. While her sons were young, she was a stay-at-home Mom. When they were old enough to take care of themselves, she returned to the work force using her bookkeeping skills to work for Robert Parker, CPA, in Jackson, MS. She retired in 1981, after twenty-five years of service. While living in Jackson, she was a member of Alta Woods Presbyterian Church, where she was active in the WIC, serving as a circle leader, and as President of the WIC. She was a long-time member of the Eastern Star in Jackson, and served in numerous offices including Grand Worthy Matron. She loved gardening, raising both flowers and vegetables. In 1992 she and Wayne moved back to her family farm in Algoma, MS. In Algoma she was an active member of the Old Monroe Presbyterian Church serving for many years as treasurer. At the time of her death, she was the oldest member ever of the church. She was also active in the Eastern Star in Pontotoc, MS and was a member of the Algoma Homemakers Club, serving as president in 1998-1999. She won hundreds of blues ribbons at the Pontotoc County fair for her needlework, canning and vegetable gardening. In 2002 she was named the Pontotoc County Humanitarian of the Year at the age of 83. Upon turning 100 in 2019, the City of Algoma declared February 27, 2019, Alene C. Hodges Day and she was presented the Key to the City by Mayor Harry Neal Corder. She enjoyed cooking and her delicious meals were enjoyed by her entire family. She prepared many Thanksgiving and Christmas dinners serving from six to twenty-six. She prided herself on her independence and self-reliance and lived by herself, driving her own car until just before her passing.

Browning Funeral Home of Pontotoc, MS is in charge of arrangements. There will be a visitation from 5 pm To 8 pm on Monday, August 9, 2021. Services will be at Browning Funeral Home at 1 pm, on Tuesday, August 10, 2021. Burial will be at Old Monroe Cemetery, Algoma, MS. In lieu of flowers memorials may be made to the Old Monroe Cemetery Association, c/o Shawn Sheffield, 100 Wallfield Rd. Algoma, MS 38820.