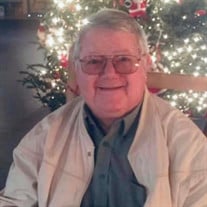 Kenneth Eugene Chaffin, 77, passed away Saturday, August 14, 2021, at Baptist Memorial Hospital in Booneville, MS. He was born September 27, 1943, to Dalton Ray Chaffin and Lillie Mae Walker Chaffin. Mr. Chaffin was a Baptist. Kenneth loved hunting, fishing, and watching westerns. Most importantly, he loved his family and his grandchildren.
He was known as an award winning Taxidermist. Kenneth was one of the first and lifelong employees of the Booneville Funeral Home. Known for his passion of serving others always with a smile. Prior to his career at Booneville, his loving and compassionate nature could be found at McMillian Funeral Home. He worked in funeral homes for over 50 years. Prior to his funeral profession, he worked many years at Mac Lindsey’s in the painting department.
Funeral Services will be Tuesday, August 17, 2021, at 1:00 PM in the Chapel of Booneville Funeral Home with Bro. Terry Scott and Bro. John Cagle officiating. Visitation will be Monday night, August 16, 2021, from 5:00 PM until 8:00 PM at the funeral home. Burial will be in the Martin Hill Free Will Baptist Church Cemetery. Booneville Funeral Home is in charge of arrangements.
He is survived by his son, Terry Chaffin and wife Vickie of Booneville; his daughter, Sherry Cartwright and husband Roger of Ripley, MS; two sisters, Lois Wallis of Southaven and Mac McCoy of Ripley; three grandsons, Dalton Cartwright and Lucas Cartwright of Ripley; Kyle English of Booneville; one granddaughter, Mandi Deas of Olive Branch; three great-grandsons, Wes Cartwright; Jack Lewellen; Landen English; one great-granddaughter, Rayne Cartwright.
He was preceded in death by his parents; his wife, Charlene McKinney Chaffin; two sisters, Willowdean Elder and Joyce Smith.
Pallbearers will be Donald McKinney, Jeff Stricklen, Mitchell McCoy, Randy Little, Larry McKinney and Brent Wilbanks.
Honorary Pallbearers will be Wayne McKinney, Wade McKinney, William McKinney, John McKinney and Paul Witt.