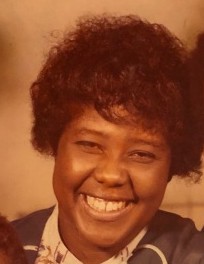 On the late evening of August 16, 2021, at North MS Medical Center, Mrs. Shelby Jean Roberson Bell departed her life on earth for an eternal life in Heaven.

She was born January 18, 1943 to the late John Mitchell Roberson and Christanna Ball Roberson in Pontotoc County, MS. She professed hope in Christ at Cherry Creek MB Church of Ecru, MS at an early age. She later became a member of Naylor Chapel C. M. E. Church.

Shelby Jean met the love of her life Henry Rex Bell. They joined in holy matrimony on September 5, 1971. They had two sons Ken and Kelvin Bell. Shelby Jean was known for having a deep affection for her family, talking on the phone, and always a smile on her face. It brought her great joy listening to her brother JB’s gospel group sing.

Shelby Jean was known for her loving personality. She never met a stranger and could hold a conversation with anyone she met.

Shelby Jean had a strong work ethic. She worked to contribute to making a living for her family. Shelby worked at Keystone Manufacturing and Pontotoc Nursing Home for many years until her health failed.

Shelby leaves to cherish her memory Kelvin Bell (LeeAnn Wilson), two grandchildren Antrell and Kellyann, one sister: Earentine Vaughn, three brothers: Elon Roberson, Herman (Earline) Roberson, JB (Gracie) Roberson, three sister -in- laws: Florine Roberson, Maxcine Roberson, and Martha Roberson all of  Pontotoc, MS, one special niece who grew up next door: Angela Ray, and Alvis Vaughn a special nephew who was there to take her to wherever she needed to go, a host of nieces, nephews, cousins, and two special friends Irene Lindsey and Emma Lou Keys.