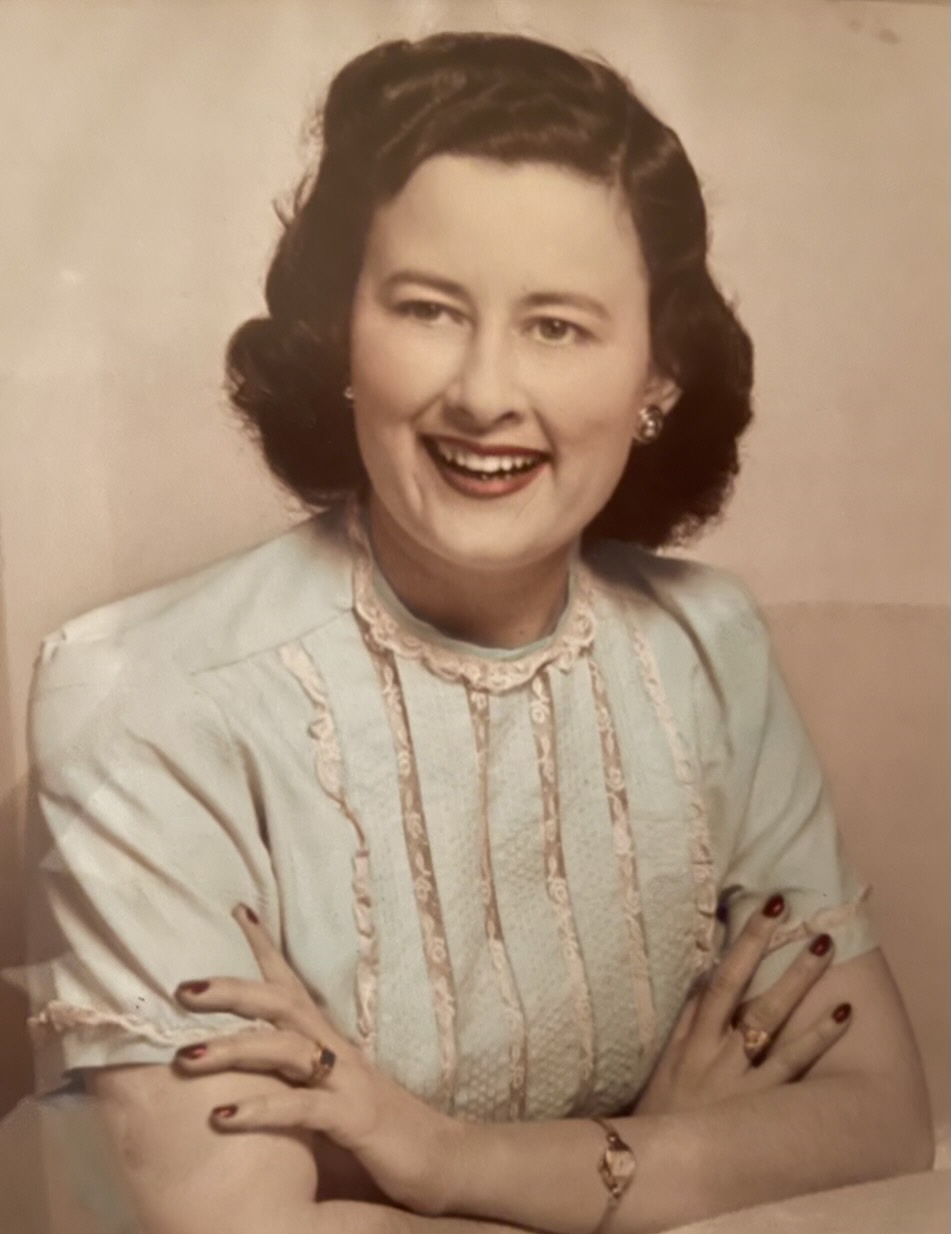 Florence, AL- Lannie Juanita (Melson) Robison,  92, passed away at Mitchell Hollingsworth Nursing and Rehabilitation Center in Florence, AL on August 27, 2021 after a long battle with dementia. She was born September 15, 1928 in Jericho, MS, grew up in Baldwyn, MS, and  graduated from Baldwyn High School. She married Leonard Robison on June 25, 1961, and settled in Tupelo, MS in the Macedonia community where they became parents to two sons, Steve and Brad. In addition to being a mother and homemaker, Juanita spent many years working along side her husband at the family business, Brasfield Jewelers, in downtown Tupelo. She also spent many years working in different retail businesses in Tupelo, and worked as a tour guide at the Elvis Presley Birthplace. Proudly, Juanita was the oldest member of Macedonia Baptist Church at the time of her passing. She loved time with family and friends, gardening, home canning, the outdoors, and had a special adoration of day lilies. Juanita delighted in good laughs, tight hugs, and chocolate. Guests never left her home hungry or without at least an offer of her home cooking.

She was preceded in death by her parents, Loyd and Lannie Ruth Melson, her husband of 39 years, Leonard Robison, and her son, Brad Robison. Also preceding her passing were her sister and brother-in-law, Helen and Perry Murley of Zion, Illinois.

She is survived by her son, Steve Robison, her daughter-in-law, Jennifer, and her granddaughter, Joanna, (her pride and joy) of Florence, AL. She is also survived by her sister-in-law, Mary Scruggs of Tupelo, a nephew, Robby Scruggs, (Pam) of Tupelo, and a niece, Gail Scruggs Burton (Rick) of Aberdeen, MS. She is also survived by her nieces Ann Martin and Nita Kirtz of Illinois and Debbie Chimahusky of Ohio. In addition are her grand nephews, Jim Burton (Amy) of Vicksburg , MS,  Clay Scruggs (Sheri) of Oxford, MS, John Mark Scruggs (Carolyn) of Chattanooga, TN, and her grandniece, Elizabeth Scruggs Garza (Noel) of Nashville, TN.

Thank you to the staff of Green Oaks Inn Assisted Living Facility and Mitchell Hollingsworth Nursing and Rehabilitation Center in Florence, AL. And a very special thank you is extended to her home caretakers Libby McCarty Banks, Rexanne Hollingsworth, and Carolyn Martin for their love and care they gave Juanita before her move to Alabama.

Due to the pandemic, a private graveside service was held for immediate family only. In lieu of flowers, the family asks that donations be made in Juanita’s honor to the youth group program at Macedonia Baptist Church, 109 Country Road 1966, Tupelo, MS 38804

Waters Funeral Home is in charge of the arrangements and expressions of sympathy may be sent to the family @www.watersfuneralservice.com