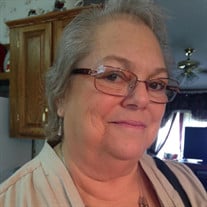 Mrs. Mavis Arney Allen was born on October 13, 1942, in Sturgis, the daughter of the late Henry and Viola Scarbrough Arney. Mavis, also known by her family as "Gumma" and "Tookie", was a beloved mother, grandmother, great-grandmother, sister, and friend. She was a member of Lone Oak Baptist Church. She was a homemaker and loved entertaining her grandkids and great-grandkids. She loved camping, games, fishing, cooking, quilting, and attending church. She married Franklin Allen on June 11, 1960, at Friendship Baptist Church in Craig Springs. He preceded her in death on January 6, 2010. Mrs. Mavis passed away peacefully, at the age of 78, on Monday, August 30, 2021 at North Mississippi Medical Center in Tupelo. She will be missed by so many…until we meet again. In addition to her parents and husband, she was preceded in death by a sister, Shirley Hunt and three brothers, Marvin, Joe, and Claude Arney.

Visitation will be Thursday, September 2, 2021 from 9:00-10:00 am at Calvert Funeral Home. Graveside services will follow from Craig Springs Cemetery in Oktibbeha County at 11:00 am with Bro. John Parker officiating. Calvert Funeral Home of West Point is honored to be entrusted with the arrangements.