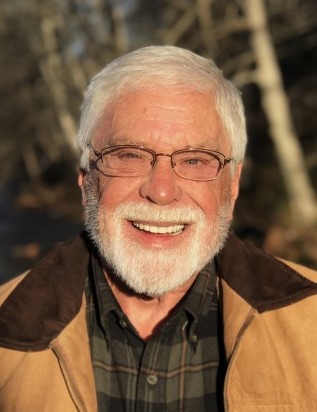 MOOREVILLE – James Randy Pearce, 73, was born April 17, 1948, to J.B. Pearce and Mildred Morgan Pearce and died in the late hours of Monday, August 30, 2021, after a struggle with reactions from the Covid-19 vaccine. Randy graduated from Mooreville High School in 1966. He remained a resident of Mooreville – and a trooper for life- working the football sidelines and cooking many burgers over the 10+ years. In 1969, he married the love of his life, Kay Vanlandingham Pearce, and they proudly celebrated 52 years in June. They raised two children, Craig Pearce and Kristi Pearce Tutor, all while working for Cook Coggin Engineers for over 25 years. Randy’s pride and joy was his only grandson, Robert Winters. He was always proud to brag and tell all about his “favorite” grandson, to whom he gave the name his grandfather called him, “Shit Hook.” Randy was a member of the Mooreville United Methodist Church and Mooreville Lions Club. He loved hunting, fishing, the joys of nature through camping and traveling as much as he could until his health began to slow him down. Randy was a boating and skiing enthusiast all his life and shared this love with his family. Zipping the zero-turn mower across the lawn, keeping the yard in pristine shape, and making sure the birds and squirrels always had food were his favorite pastimes in his later years.

A service celebrating his life will be held at 11 AM Saturday, Sept. 4. 2021 at the Tupelo Chapel of Holland Funeral Directors with Rev. Robert McCoy officiating assisted by Rev. Russell Fletcher.  Burial will follow in Lee Memorial Park.  Visitation will be on Friday, Sept. 3, 2021 from 4 PM-7PM and from 10 AM-service time on Saturday. For those unable to attend, the service may be viewed at www.hollandfuneraldirectors.com/Live-streaming.

Randy is survived by his wife, Kay; his daughter, Kristi Tutor (Jeremy); his son, Craig Pearce (Jean); his grandson, Robert Winters; his brother, Rick Pearce (Pam) of Keller, TX; a host of loved cousins, nieces, and nephews. He was preceded in death by his parents, J.B. and Mildred Pearce, longtime Lee County Circuit Clerk; his grandparents, Dewey and Mozel Pearce and John and Tennessee Anna Lee Morgan; and his son, Steven Van Pearce.