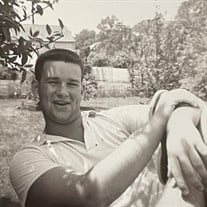 Thomas Greer, 74, died at the home of his son Galen Greer in Booneville, MS, on August 31, 2021, after a long heroic battle with cancer. Tom was born on October 31, 1946, in Hartford, CT, and was the son of Thomas and Mary M. Greer. He graduated from Manchester High School and was a proud member of the class of 1964. He resided in Manchester, CT, until 2014, when he and his wife, Sally, moved to Ormond Beach, FL. Prior to retirement, Tom was employed as an Area Sales Manager for the Northeast Division of McLane Food Service of NY. He will also be remembered as the owner of what was called “the Cracker Barrel Store” 7 Eleven Store in Mansfield, CT, in the 80’s, where he was known for his witty banter.
Tom loved his family above all and cherished every moment he could spend with them. He was known as the cook of the house, and would plan dinners and holiday feasts, inviting family and friends. All were invited. For many years he happily played chauffeur to his beloved grandchildren and enjoyed those trips. He was always a proud and caring grandfather and was thrilled with the addition of a new great-granddaughter.
Tom was proud of his Scottish heritage and had traveled to Scotland to meet many members of his family across the sea.
His generosity and love of people, along with his sense of humor, will forever be his legacy.
He leaves behind his beloved wife, Sally Vazuka Greer of 52 years; a son, Galen Greer, and his wife Shelley (whom Thomas called his daughter); his precious grandchildren, Brandon, Ian, Katie Greer and Kelly and Patrick Reardon, in addition to one great-grandchild, Teagan Hope Greer, all residing in CT; a sister, Carol Bolmarcich and husband Nick of Mebane, NC; and many nieces and nephews.
He was preceded in death by his brother, Jack.
The family is planning an online celebration of his life in the future.