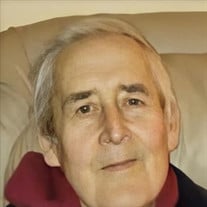 Mr. Jimmy D. Hyde, 78, passed away on September 1, 2021 at North Mississippi Medical Center in West Point. Jimmy was born on March 25, 1943, in Clarkson, the son of the late O. B. and Jewel Lewis Hyde. He was employed by Babcock and Wilcox in West Point as a Fitter Welder for 33 years. He was a hardworking man that enjoyed fishing and walking. He was of the Baptist faith. He married Reba Vaughn Hyde on September 2, 1967. He was a loving husband, father, grandfather, great-grandfather, brother, and friend.

In addition to his parents, he was preceded in death by a daughter, Ronda Hyde, a sister, Joyce Tollett, and a brother, Jerry Hyde.