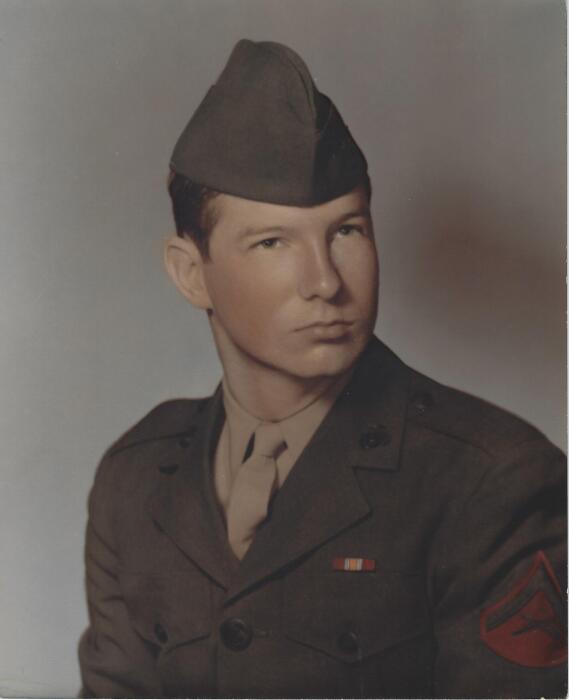 ITAWAMBA COUNTY – Tony Gaines Stegall passed away peacefully at his sister’s home on September 5, 2021, at the age of 69, from acute renal failure. His last days were eased by the gentle care and kind staff of Sanctuary Home Hospice. Tony was born February 29, 1952 to the late Margaret Morris Stegall Lundy and Richard Gaines Stegall. He was a veteran who served our country proudly. Tony enlisted in the United States Marine Corps, serving six years active duty (1971-1977) before transferring to reserve status. He was a creative individual who enjoyed sharing his mirth with those around him. A talented carpenter and, in his younger years, an avid rose gardener, he would bring fresh blooms to his mother to brighten her kitchen table. He could be counted on to provide silly jokes, give treats to the family dogs, and slip chocolate bars to his niece and nephew. Tony loved tinkering with automobiles, completing home renovation projects, reading, watching films, and playing video games. Although his health deteriorated in recent years, he found particular enjoyment in the company of his great-nephew and great-niece who lived nearby.

Holland Funeral Directors are handling Tony’s burial arrangements. A graveside service including military honors will be held directly preceding his interment at Harden Chapel Cemetery. The service will be Friday, September 10, 2021 at 9 o’clock in the morning. He will be buried next to his departed mother, Margaret Lundy. In lieu of flowers, the family asks for donations to be directed to Sanctuary Home Hospice via their donation page: https://www.sanctuaryhospicehouse.com/take-action#DonateNow

Any kind words or condolences for surviving family can be left under the tribute wall of Tony’s memorial page at hollandfuneraldirectors.com.