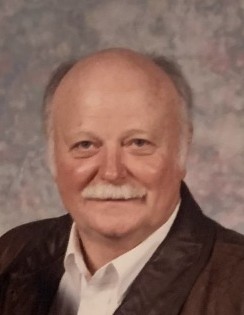 SALTILLO – Arthur Brendon Palmer, often called Art or Bren, departed this life for his life eternal on Tuesday, September 7, 2021.  He was 77 years old.  Born in Tupelo on November 27, 1943 to the late Arthur T.  Palmer and  Katie Louella Dunlap Palmer, Art lived most of his life in this area except for his years away in the U. S. Air Force during the Vietnam era.  His military specialty was auto pilot and radar on the cargo plane Douglas C-124 Globemaster II, commonly known to Airmen as “Old Shakey.” He also was mechanic on the Lockheed C-141 Starlifter.  His service command was Military Airlift Command (MAC). He made many lifelong friends from his years in the Air Force.  He was stationed at Warner Robbins, Ga. and Dover Air Force Base in Delaware.  Always adventuresome and on the edge, Arthur enjoyed being an avid hunter, traveling the USA and Canada, fishing and camping. He especially liked the west (Yellowstone) and Alaska. He spent his civilian life in the tire manufacturing business retiring as Department Head of the Lab at Cooper Tire and Rubber in Tupelo. In 1975, he was married to Frances Geraldine “Gerrie” Funderburk and their love for each other was unwavering until her death in 2016. Art’s interests were varied but he really enjoyed buying and fixing antique cars. He owned many over the years but among his pride and joy was his “new” 1962 Ford or his 1947 Ford which were his car show favorites. Arthur was a loving husband, father, grandfather, brother, son and friend to many.  He gave his time very unselfishly and freely to family and friends in need. Always ready to help, he touched many lives with his generous spirit in both time and money.  His quick wit, his interesting personality and his prankster nature endeared him to all. He will be sorely missed.

A service celebrating his life will be held at 3 PM Friday, September 10, 2021 at the Tupelo Chapel of Holland Funeral Directors with Bro. Ray Guin officiating. The Air Force will provide honors. Private family burial will follow in Priceville Cemetery. Visitation will be from 1 PM-service time today at the funeral home. For those unable to attend, the service may be viewed at www.hollandfuneraldirectors.com/Live-streaming at 3 PM Friday and will be archived thereafter. Holland Funeral Directors-Tupelo Chapel is honored to be serving their friends.

The family would prefer that memorials may be made to Sanctuary Hospice House, PO BOX 2177 Tupelo, MS 38803.

A Memorial Tree was planted for Arthur