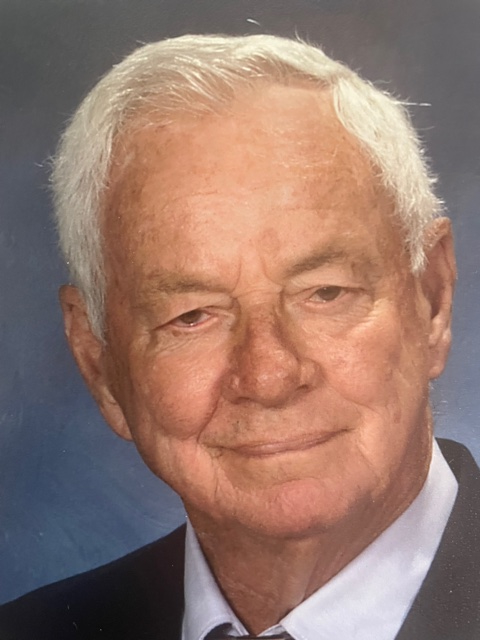 Robert E. “Bob” Smith was born to Martin E. “Coca-Cola” and Ovella Smith in Guin, Alabama on June 21, 1931.  He departed this life for the life eternal after a brief illness at 4 pm on Friday, September 10, 2021.  He graduated from Marion Co. High School and Mississippi State University.  After three years at MSU, he received an Army ROTC Commission and served two years in the Panama Canal Zone.  He returned to MSU and graduated in 1957 with a degree in Agricultural Engineering.  He married Janie Sue Hightower on February 8, 1958 and they lived in Hopkinsville, KY, for four years before moving to Tupelo in 1961.  Janie died Nov. 3, 2018, a marriage of 60 wonderful years. Bob joined TVA and worked there until his retirement in 1992. Bob’s hobbies included fishing, hunting, and building bluebird houses that he placed in local and state parks.  He also loved gardening and especially growing flowers, tomatoes, and watermelons for Janie to share with friends, especially Traceway residents and shut-ins.  He was lovingly referred to by family and friends as “G-Daddy”.  His five grandchildren and two great grandchildren were his greatest joy and pleasure. He loved teaching them to grow things, to explore and enjoy nature, and to help them with building projects.  The kids always believed that, “If G-Daddy can’t fix it, it ain’t broke”.  Bob was an active member of St. Luke United Methodist Church and the Friendship Sunday School Class since 1963.

A private family service and committal will be held with Rev. Rob Gill officiating. Holland Funeral Directors is honored to be serving their friends.  Condolences may be e mailed to hollandfuneraldirectors@comcast.net

A Memorial Tree was planted for Robert