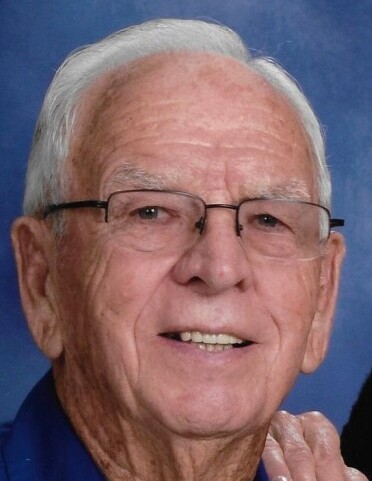 Tupelo-William Floyd Hale entered the near presence of his Savior from NMMC on Thursday, Sept. 9, 2021.  He was 92.   Floyd was born in Jackson, Tn. on June 3, 1929 to the late Obie Hale and Grace Tuten Hale.  He and his family settled in Aberdeen where he graduated from Aberdeen High School.  A patriotic American devoted to God and country, Floyd served in the U. S. Army in post World War II and Korea and retired from the Mississippi National Guard as a Lt. Colonel after 28 years service.  Always blessed with a steely mind and a pleasing personality, Floyd became interested in building and development and owned and operated Hale Construction for over 30 years. He loved working and was tireless in his pursuits in the construction industry.  His family always said he had two speeds, wide open or stop.  Floyd was a faithful member of the Gloster St. Church of Christ for many years.  He enjoyed watching sports especially going to Ole Miss Football games, enjoyed traveling the country and gardening of which he gave most of the produce to family and friends. Floyd was a splendid conversationalist and especially enjoyed telling military stories.

A service celebrating his life will be held at 3 PM Sunday, September 12, 2021 at the Tupelo Chapel of Holland Funeral Directors with Ministers Chad Ramsey and Joe Connell officiating.  Private family burial will take place in Lee Memorial Park.  Visitation will be from 1 PM-service time Sunday only at Holland Funeral Directors which is honored to be serving their friends. For those unable to attend, the service may be viewed at www.hollandfuneraldirectors.com/Livestreaming.

Floyd is survived by his wife, Connie Barber Hale, to whom he married on Oct. 19, 2013; his children, Bill Hale (Carolyn) of the Wren Community, Lewis Cervantes (Suzanne) of Tupelo, Keith Holmes and Clyde Holmes both of Holly Springs, Janie Cobb (Pete) of New Albany, Debbie Mitchell (Dave) of Tupelo, Cindy Emerson (Jimmy) of Murray, Ky and Jan Cooper (Tom) of Potts Camp.  A host of grandchildren and great grandchildren, a sister, Mary White of Dallas, TX ; numerous nieces, nephews and cousins and their families.    He was preceded in death by his parents, his wife, Callie,  his children, Linda Hale, Vaughn Hale and Stevie Hale; his grandchildren, Lacey Hale, Missy Knight, Wyatt Hale and Terrell Holmes.