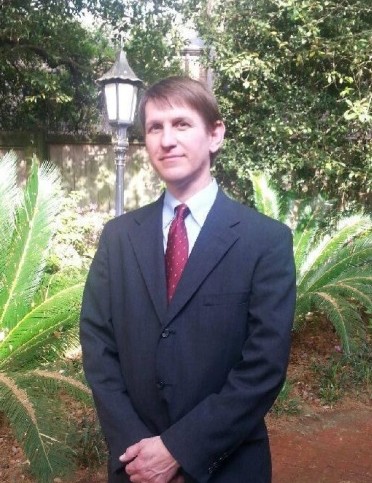 Bro. David Shelby Smith, age 53, departed his earthly home and entered eternal life on Monday, September 13, 2021 at Sanctuary Hospice House following a brief illness.  He was born March 27, 1968 in Fort Bragg, North Carolina, to Harold Carter Smith and Mary Ann Corkran Smith.  He was a graduate of Saltillo High School.  He obtained his Bachelor of Arts in Journalism from Mississippi State University and his Master’s Degree in Biblical Exposition from Pensacola Theological Seminary.

On August 17, 2013, Bro. David married Gina Ann Kelley, who has supported and served beside him in his ministry.  He was a wonderful husband and loving father.  He was also a devoted son, lovingly caring for his mother until her death last year. He also had a close relationship with his siblings and extended family. Bro. David had a close relationship with his mother-in-law and late father-in-law. He had a servants’ heart, always thinking of others before himself.

A service celebrating Bro. David’s life and his home-going will be at 11:00 a.m., Saturday, September 18, 2021 in the Tupelo Chapel of Holland Funeral Directors with Dr. Ken Anderson and Bro. Dennis Smith officiating.  Spiritual Reflections will be presented by Bro. Brandon Harris, Bro. Mark Taylor, Bro. Jared Roberts, and Bro. Matthew Ellis. A graveside service will follow at Shannon Cemetery.  Visitation will be Saturday from 9:00 a.m. to service time.

In lieu of flowers, the family requests memorials be made in memory of Bro. David to New Hope Baptist Church, 542 CR 1009, Tupelo, MS 38804.  Condolences to the family may be posted at hollandfuneraldirectors.com.  Those who cannot attend may view the service at 11:00 a.m., Saturday and anytime thereafter at hollandfuneraldirectors.com/livestreaming.

A Memorial Tree was planted for Bro. David