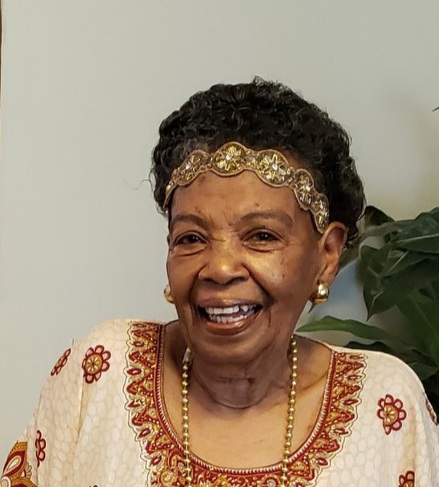 On September 16, 2021, God called his faithful servant, Lura Mae Griffin Wade, home to rest.  She was born on July 25, 1940, the second and only surviving child of Boyce “Dudley" and Verlean Turner Griffin.

She was baptized and became a member of St. Mary Methodist Church at an early age.  In 1975, God called Lura and her late husband, O’Neal Wade, Jr., into ministry to be “Messengers of God”.  In this path, they each faithfully walked until God called them home.

Lura was a 1959 graduate of Union County Training School.  On June 6, 1959.  Lura was united in holy wedlock to O’Neal Wade, Jr., the love of her life.  The Young couple resided in Milwaukee, Wisconsin for a period of time; and later they experienced life in Germany, as Neal served in the United States Army.  The couple then made their home in Aurora and Naperville, Illinois, where Lura was employed by Henkel/Armour Dial Company.  Following her retirement, Lura returned to her hometown of New Albany, Mississippi. Lura was a gifted singer, who thrilled many with her beautiful soprano voice.

Here memory will be cherished by her cousins from both the Griffin and Tuner families and her aunt, Mary Turner.  Lura is further survived by her late husband’s family, who loved and cherished her also.  One brother-in-law, Clinton L. Wade (Connie) of Aurora, Illinois, four additional sisters-in-law, Irma L. Collins (Ollie) of Tupelo, Mississippi, Jewlene Wade Brown of Blue Springs, Mississippi, Linda Wade o f New Albany, Mississippi and Emma Wade of Indianapolis, Indiana, her beloved nieces and nephews, and many special friends.

Lura was preceded in death by her parents, Boyce and Verlean Griffin, her father and mother-in-law, O’Neal, Sr., and Callie Wade, two brothers-in-law Herman and Joe Wade and her beloved husband, O’Neal Wade, Jr.

Serenity Simmons Funeral Home is in charge of arrangements.