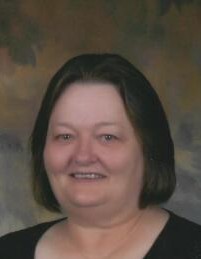 SALTILLO – Vicky Ann Yeager Russell laid down her badge and met her Creator at 3:20 AM on Sunday, September 19, 2021 from the NMMC in Tupelo after a three-week struggle with meningitis. Vicky, a caring and compassionate soul who often put others above self, was 61 years old.  Born on May 20, 1960 to the late Raymond Yeager and Donna Gaines Yeager, who survives, she lived all her life in the Saltillo area. A Baptist by faith, Vicky attended Saltillo Schools and ran the B-Quick in Saltillo for many years where she endeared herself to countless friends. She worked 13 years at Hunter Sadler Mfg. before finding her calling in life as a law enforcement officer. Vicky first worked for Lee Co. Sheriff Harold Ray Presley and, after his death, Sheriff Larry Presley.  Almost 15 years ago, she joined the Itawamba County Sheriff’s Department.  At the time of her unexpected death, she had risen to the rank of Major and served as the Jail Administrator.  She was beloved by co-workers and the public.  She could be tough and independent but had a large heart and always rooted for the underdog-never meeting a stranger!  Her “fun” personality was always evident and she could master most any challenge presented to her.  Sheriff Chris Dickinson praised her for her devotion to all the citizens of Itawamba County and throughout our area. When not working, to which her commitment was complete and diligent, she loved nothing more than spending time with her 4 grandchildren.  She always had time for her Mother and spent many Saturdays shopping with her-mostly buying for the grands!

A service, with law enforcement honors, will be held at 2 PM Wednesday, September 22, 2021 from the Tupelo Chapel of Holland Funeral Directors with Bro. Jeff Smith officiating. Sheriff Chris Dickinson will deliver the eulogy.  Burial will follow in Saltillo Cemetery.  Visitation will be from 4 PM to 8 PM on Tuesday, September 21, 2021 and from Noon-service time on Wednesday, all at Holland-Tupelo Chapel. The service may be viewed at 2 PM Wednesday at www.hollandfuneraldirectors.com/Live-streaming and will be archived thereafter.

Vicky is survived by her only daughter, Jessica Donnell Russell Townsend and husband, Richard, of Guntown; Mamaw’s four grandchildren, Carson, Maisy, and twins, Delaney and Dylan; her mother, Donna Yeager of Saltillo; her sister, Patty Sanders and husband, Craig, of Saltillo; her brother, Ricky Yeager of Saltillo; three nieces, Susie Page, Donna Waldon and Emily Trulove, and three nephews, Andrew Sanders, Austin Sanders and Tyler Russell; and a host of friends and law enforcement colleagues from around the state.  She was preceded in death by her father, Raymond Yeager.