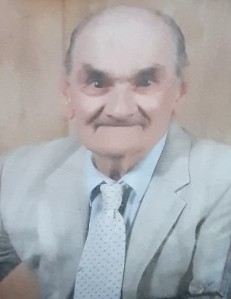 Aberdeen/Verona-Dan Lee Tipton, Sr., 88, died Thursday, September 23, 2021 at Aberdeen Health and Rehabilitation Center where he had resided the last few years.  Born in Water Valley, Ms. on June 15, l933, he was the son of the late Barney Tipton and Rosie Dover.  He spent his 30 year working life as a boat hand on the Mississippi River.  He retired in 1987 to Tupelo with his last employer being Arkansas River Towing Company. He was of the Pentecostal faith and was an avid baseball fan of the Atlanta Braves.  He enjoyed the water and fishing. He was married to Julia Deason Tipton, the children’s mother, who died in 2007.

A service celebrating his life will be held at 1:30 PM Sunday, September 25, 2021 at the Tupelo Chapel of Holland Funeral Directors. Private burial will follow in Kirkville Cemetery in Itawamba County.  Visitation will be from Noon-service time on Sunday at Holland-Tupelo Chapel.  For those unable to attend, the service may be viewed at www.hollandfuneraldirectors.com/Livestreaming.

Dan is survived by his son, Dan Lee “Danny” Tipton, Jr. and wife, Martha of Saltillo; a daughter, Tammy Tipton Ward of Gosnell, Ark. 5 grandchildren, Clarence and Joseph Ward of Gosnell, Parker Tipton (McKenna) of Mooreville and Elizabeth Pearce Miles (Todd) of Pontotoc; 6 great grandchildren.   He was preceded in death by his parents, Barney and Rosie Tipton brothers, John and Robert his children’s mother, Julia.