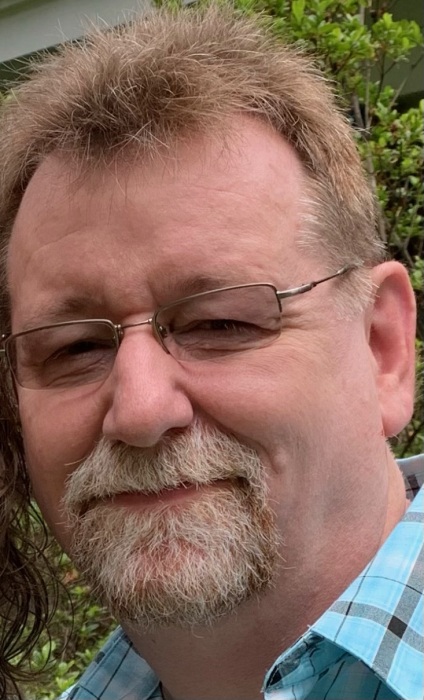 Chesterville-Tyler Jay Dell, 58, departed this life on Friday evening, Sept. 24, 2021 from his residence in the Chesterville Community after complications from Covid.  Tyler was born in McKeesport, Pennsylvania on Feb. 12, 1963 to the late Phillip and Beverly Guffy Dell.  He graduated from Clairton High School, Pa. in 1981. A patriotic American, he enlisted in the U. S. Air Force in 1982 and served until his discharge on April 5, 1987.  He received the Air Force Achievement Medal with 1 Oak Leaf Cluster, the Outstanding Unit Award, the Longevity Award and the Good Conduct Medal.  He followed two of his Air Force buddies to the Tupelo area and has lived her ever since.  Tyler worked for 28 years for Action/Lane Furniture and, in 2015, moved to Southern Motion in Pontotoc where he worked until 5 weeks before his death.  He enjoyed watching hockey on TV and was a staunch fan of the Tupelo T-Rex in their day, never missing a game.  On October 4, 2014, he married the love of his life, Dwana Smith Dell in Booneville. He completely committed his time and energy toward her and she and he went everywhere together.  They were members of the Pleasant Grove Full Gospel Church near Shannon.

A service celebrating his life will be held at 4 PM Monday, Sept. 27, 2021 at the Tupelo Chapel of Holland Funeral Directors with his pastor, Bro. Billy Wayne Henderson officiating.  Visitation will be from 2 PM-6PM Sunday and from 3 PM – service time Monday, all at Holland-Tupelo chapel which is honored to be assisting the family. For those unable to attend, the service may be viewed at 4 PM Monday at www.hollandfuneraldirectors.com/Livestreaming.

The family request that, in lieu of flowers, memorials be made to the St. Jude Children’s Research Hospital, 262 St. Jude Place, Memphis, Tn. 38105. Condolences may be emailed to hollandfuneraldirectors@comcast.net