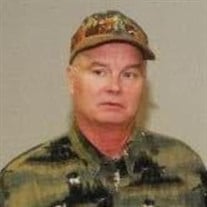 Richard Lynn Anderson, age 64, of Ripley, TN died unexpectedly Sunday, October 3, 2021, at Lauderdale Community Hospital in Ripley, TN. He was born July 22, 1957, in Memphis, TN to the late John and Esther (Nelson) Anderson. He was a self proclaimed “hard working man”. After school, Richard’s life focused on work. He loved electrical work, and began working construction and maintenance on power lines, and later he became an electrician working for different companies in Memphis including Gusmas Electric Company. He continued this line of work until his health precluded him from working. His passions were simple, which included Ole Miss and Tennessee football, and being a lover of all things outdoors, he was an avid fisherman and hunter.

Visitation is planned for Thursday, October 7, 2021, in the Gardiner Room at Seven Oaks Funeral Home from 10:00 AM until 11:00 AM. A graveside service will follow at 11:30 in the Oak Hill Cemetery in Water Valley with Tom Anderson officiating.

Richard was preceded in death by both of his parents.