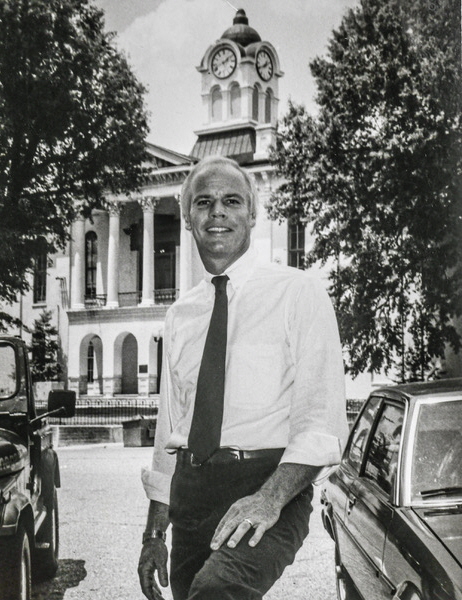 After a strong fight with Parkinson’s and cancer, Ralph Maury Dean passed away peacefullyat home in Oxford, MS, on Monday, October 11, 2021, at the age of 72. Visitation will be held Friday, October 15, 2021, from 4-6 p.m. in West Hall at Waller Funeral Home in Oxford. The family will also receive friends and family on Saturday, October 16, 2021, from 1-2 p.m. at the Oxford-University United Methodist Church Atrium with the service to follow at 2 p.m. in the sanctuary with Rev. Warren Black and Rev. Eddie Rester officiating. A private family graveside service will occur on Sunday, October 17, 2021.

Ralph was born November 9, 1948, in Corinth, MS, to Ralph Merrick Dean and Becky Delp VanArsdall. Ralph’s father was in the Air Force, which allowed Ralph to live in various places before he settled in Oxford, where he attended the University of Mississippi. Oxford would then become Ralph’s forever home, where he set roots for his family.

Ralph graduated from the University of Mississippi with a Bachelor’s of Arts degree in 1971. He was commissioned to Second Lieutenant to the US Army in special forces. He was honorably discharged. He obtained his Juris Doctorate in 1978. Ralph was in private practice and was then appointed Assistant United States Attorney on June 24, 1992, where he served until he retired in January 2016. Beyond his work accomplishments, Ralph fulfilled his lifelong dream of personally building a cabin in the woods for his children and grandchildren to enjoy. When not at the cabin, you could find him either on the golf course, in a duck blind, at an Ole Miss game, or on a beach vacation with friends and family. Ralph never met a stranger and thoroughly enjoyed a life surrounded by those he loved.

In lieu of flowers, memorial contributions in Ralph’s honor can be made to Oxford-University United Methodist Church, 424 South 10th Street, Oxford, MS, 38655 or online at https://ouumc.ccbchurch.com/goto/giving, or a charity of your choice.