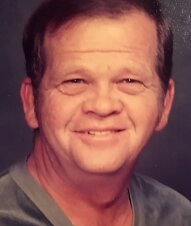 Robert Leon Henderson, age 83, passed away on Monday October 4, 2021, at Oktibbeha County Hospital from medical complications. He was born in Starkville, MS to Robert and Frances (Thrasher) Henderson on April 29, 1938. At the very young age of 15, Leon quit school to help his parents raise their family. When Leon turned 17, he joined the Airforce as a cook. He married the love of his life, Patsy Jemison Henderson, at 22 years old and together they started their own family.
Leon was a strong, kind, loving husband, father and son. He was also a caring brother, uncle and grandfather that will be missed by many.

He is survived by his wife of 61 years Patsy (Jemison) Henderson, his son Michael and daughter- in- law Lisa, his grandchildren Chase, Colby, Hayes and Hayden, and his siblings Fay Kirk and Martha Winston.

Visitation will take place at Welch Funeral Home on Wednesday October 6, 2021, from 1:00 to 3:00 pm with memorial service to immediately follow at 3:00 pm.

In lieu of flowers, donations can be made in memory of Leon to St. Jude Children’s Hospital in honor of Allie Boyd.