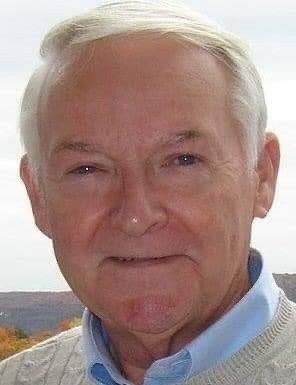 Mr. Robert Jay “Bob” Applebaum, 86, died Tuesday, November 16, 2021, at Baptist Memorial Hospital in Memphis, TN. The funeral service will be Sunday, November 21, 2021, at 2:00 P.M. in the Chapel of Waller Funeral Home with Mr. Jack Gilbert officiating.  Visitation will be prior to the service beginning at 12:00 noon until service time. Burial will follow in Clear Creek Baptist Church Cemetery.

Mr. Applebaum was born on October 26, 1935, in Memphis, TN to the late Ben and Loraine Young Applebaum.  He served in the Tennessee Air National Guard. He was a retired Senior Marketing Representative with Mid-South Title Insurance Company.  His claim to fame was being named the United States Freestyle Rollerskating Champion at age 19! His talent and athletic ability was impressive and unmatched.  Mr. Applebaum was the former president of the Bartlett Area Chamber of Commerce and a member of the Memphis Area Board of Realtors.  He joined Bellevue Baptist Church in 1991, where he enjoyed his Family of Friends Life Group. He served as the president of the group for many years.  Mr. Applebaum loved contemporary Christian Music and old Baptist hymns alike.  His greatest joys in life were his children, grandchildren, and great-grandchildren.  Whether celebrating a birthday or holiday, he cherished family get-togethers and the special memories that were made.

Expressions of sympathy or memorial contributions in Mr. Applebaum’s memory may be made to Bellevue Baptist Church, Attn: Finance, 2000 Appling Road, Cordova, TN 38016 or online at https://my.bellevue.org/Give/giving, or to St. Jude Children’s Research Hospital, 501 St. Jude Place, Memphis, TN 38105, or online at https://www.stjude.org/donate/thanks-and-giving.html?sc_icid=home-btn-donate-now.