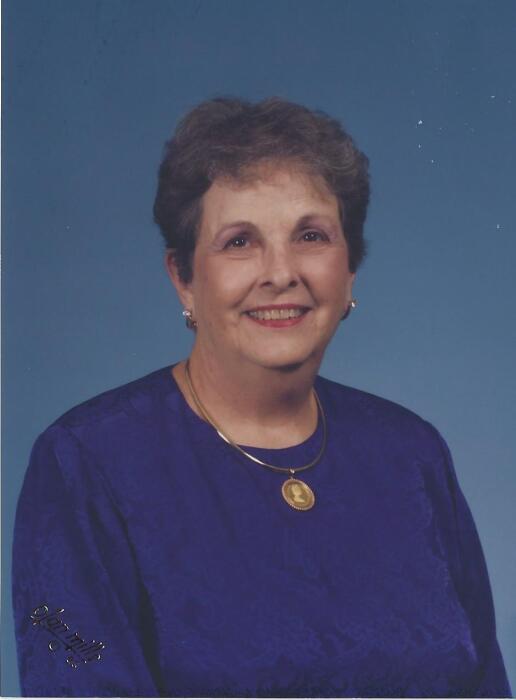 Ann Kilpatrick Stubblefield Gibbs died Monday, November 22, 2021 at Sanctuary Hospice House in Tupelo, Mississippi. She was born April 2, 1924 in Carrolton, Alabama, the daughter of William Louis  and Fannie Lois Yawn Kilpatrick. The family soon moved to Fulton, Mississippi where she graduated from Itawamba Highschool in 1941.

She attended University of Alabama summer school before enrolling at MSCW (Now MUW) for two years and earned her Bachelor’s and Master’s Degrees in Education from Mississippi State University with Honors.

Her teaching career in Fulton included Kindergarten, Fourth Grade, Jr. High English and a brief stint as a substitute Literature Teacher at Itawamba Junior College. She also had worked as a Social Worker for Itawamba Welfare Department as a children’s visitor.

She married Malcom Stubblefield December 27, 1942. After WWII, they established their home and business, becoming active in civic affairs in the community. Ann served as President of the Fulton Civic Club and was named ‘Teacher of the Year’ and “Mother of The Year” by that organization. In the Mississippi Federation of Women’s Clubs she held offices on the district and state level. She was named ‘Mississippi Clubwoman of the year” in 1961. She was a cub scout and brownie scout leader and was on the Building Committee for the Girl Scout camp Tik-A-With-A. She organized the American Cancer Society for Itawamba county and was active at the national level. She was president of the American Legion Auxiliary and served on the advisory board for Itawamba County Library. In 1978 she was elected ‘Itawamba County Citizen of the Year’, a contest held by ‘The Itawamba County Times.’

She was the founder of the Sweet Adeline’s Chorus which was the only charted one in the state. For several years, the group enjoyed traveling over the state to perform.

A staunch Methodist, she was active in all areas of the church throughout her lifetime. In Fulton, she chaired various committee, taught Sunday school at all age levels, was a member of the Wesleyan Service Guild, directed Vacation Bible School, enjoyed singing in the Chancel Choir and serving as a Camp Counselor at Camp Lake Stephens for several summer sessions.

After her husband Malcolm’s retirement, they moved to Suntree Golf and Tennis community in Melbourne, Florida in 1979. In 1983, they helped organize and were charter members of Suntree United Methodist Church where Ann served on the Church and Parsonage Committee and was Memorials Chairmen when they built a second larger church. She organized a Sunday school class for older women and was their teacher until she returned to Mississippi. She was U.M.W. President, Dorcas Circle Leader, Choir Member, Chairperson of the Administrative Board and became a certified Lay Speaker.

After Malcom’s untimely death seven years later, she moved to Tupelo, Mississippi. On October 14, 1995 she was married to her high school sweetheart, Tyrus Cobb Gibbs. In their eighteen years of marriage, they travelled extensively in the United States, Canada, and Europe.

A Service of Death and Resurrection  will be held at 2 PM Thursday, December 2, 2021 at First United Methodist Church of Tupelo. Eulogies will be given by two of her former students and friends, Nina Cantrell and Mary Joe Gosa. Officiating will be Rev. Dr. Raigan Miskelly, Rev. Dr. Embra Jackson, and Rev. David Shoemaker.   Visitation will be from Noon-service time in the Gathering Room at FUMC-Tupelo. A committal service will follow at the Kilpatrick family plot at Itawamba Memorial Gardens, first developed by her father.  Holland Funeral Directors-Tupelo is honored to be serving the family.

Memorials may be made to Sanctuary Hospice House, P. O. Box 2177, Tupelo, MS. 38801. Condolences may be e mailed to hollandfuneraldirectors@comcast.net