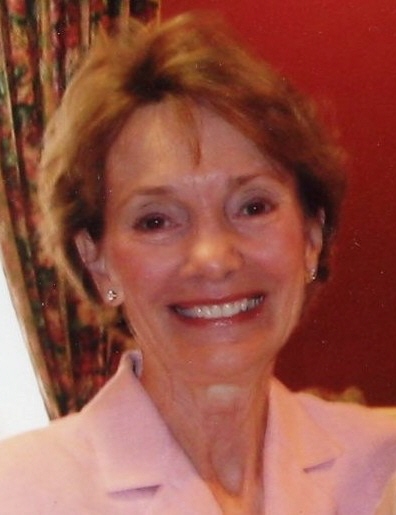 Dorothy “Dottie” Marie Beckman Austin passed peacefully from this earth and entered Heaven the morning of Wednesday, November 24, 2021.  This was a lady who was defined by what she did and how she lived.  She truly loved people and it showed in all aspects of her life.  A devoted Catholic, she loved the Church and her Catholic Daughters group from St. Joseph’s in Pine Bluff, AR.  No matter what stage of life, she ensured got involved in the Church life whether it be the Lent season fish fry or the fall Spaghetti Supper fundraiser.  Dottie also found time to be deeply involved in the lives of her two children, Amanda and Matt, and they grew into two caring and giving adults.  She had a way to quietly and softly settle all the teenage issues that nag all parents.  She believed that everything could be fixed with the right amount of love provided.  A high mark was set to be followed but it worked.  Family came first above all else for Dottie.  Later in life, Dottie led to charge to help convince her husband of 53-years, Bill, to purchase a place in the Colorado mountains where the family could spend time.  This coming from a woman who had never skied, let alone been to a Colorado ski resort.  Her house was a gathering place for many in Pine Bluff.  Everyone in the neighborhood knew and respected Mrs. Dottie.  She created warmth at her home and opened her arms to all that wanted to pay a visit. As her two kids grew older and moved onto college, a hole was developed in her heart.  Eventually, this led to her driving 3.5hrs to Oxford, MS, to visit the kids while in college.  So in between trips to Oxford, she would remain busy and engaged with various Church events.  Dottie was thrilled to become the mother-in-law to Mary Beth who married Matt and Hunter who married Amanda.  It gave her peace that they too shared the same family value system as she did.  In the end, Dottie and Bill moved lock, stock and barrel to Oxford, MS, where the kids and grandkids were all located.  While she did not have much time to enjoy it due to the dementia, the time spent was meaningful and impactful.  One area not to overlook was her love for pets, specifically dogs.  Dottie has many, many pets during her life but one would always stand out – her granddog, Buster Ruff.  She always claimed there would be no other dog on this earth like good ole Buster Ruff.  The biography on Dorothy “Dottie” Marie Beckman Austin could fill a book, but that will be reserved for another day, another time.  As for now, please know that the Dottie we all knew has been restored and is as radiant as ever while she spends eternity with Christ.  We love you dearly and will see you again.

Dottie is survived by her husband of 53-years, Bill Austin, her daughter, Amanda, son Matt, and four grandchildren.