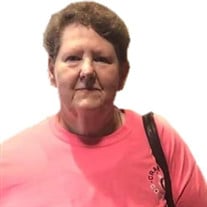 Margaret Diane (Crawford) Duke, age 66, of Edwards, MS passed away unexpectedly Sunday, December 5, 2021, at her home. She was born June 7, 1955, in McCaysville, GA to Loretta (Patterson) Crawford and the late Jack Crawford. In 1971 Diane met the love of her life and would be married in 1973. From this union one child was born, Preston Duke. She took great pride in finishing cosmetology school and enjoyed styling hair while she lived in Water Valley, MS and Yuma, AZ. After moving back to Mississippi, she began working for Court Services in the city of Clinton, where she would ultimately retire in 2017. After retirement, she lived a simple life relaxing with family and friends.

Visitation is planned for Saturday, December 11, 2021, in the Gardiner Room at Seven Oaks Funeral Home from 11:00 AM until 12:00 Noon. A memorial service will be held at a later date.

Diane is survived by her husband of forty-eight years, George Duke of Edwards, MS; one son, Preston Duke of Williston, ND; and her mother Loretta Crawford of Water Valley, MS.

Diane was preceded in death by her father, Jack Crawford.