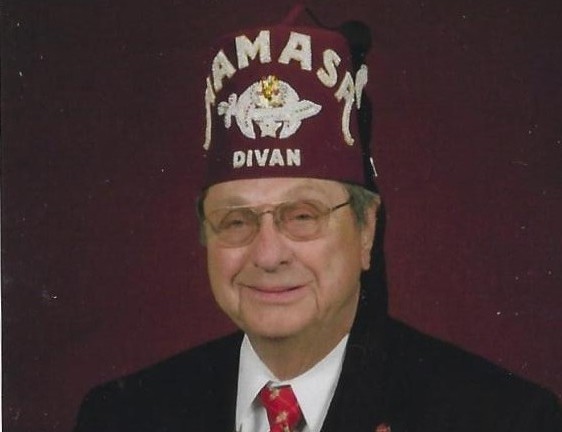 Ruben Orvis Hanson, 91, of Tupelo, Mississippi passed on December 18, 2021 at North Mississippi Medical Center following a lengthy battle with COPD.  Ruben was born in Neenah, Wisconsin on October 16, 1930 to Gayhart, Sr. and Nora Olsen Hanson, the fifth of seven children. He joined the Air Force at age 20 where he learned and developed skills as an electrician.  While in the Air Force, Ruben went to Clinton, OK with a buddy in 1951.  There he met Vivian Hamilton.  They married on January 6, 1952. She was his partner, soul mate and love of his life.  After serving in the Air Force, Ruben's early career was at various sites with the U.S strategic defense. This career took him and his family to Oklahoma and eventually to Cape Canaveral, Florida and his dream job.  At the Cape, he started working with the Mercury program, then the Gemini Program and finally the Apollo Program.  He was in the blockhouse when Apollo I caught fire on January 27, 1967, watching the capsule on a monitor when the door “popped”.  He always said he wanted to stay in the missile industry long enough to get a man on the moon and he did just that.  The last mission he worked on was Apollo XI, which landed Neil Armstrong and Buzz Aldrin on the moon on July 20, 1969. Ruben and family moved to Tupelo in late 1969. He and Vivian and family joined St. Luke United Methodist Church in December 1969 and served faithfully there until their deaths.  He had several jobs here in the Tupelo area, but nothing ever compared to working in the missile industry.  Ruben culminated his long and successful career and became an active member of the Lee County Shrine Club. He was a 33rd Degree Mason affiliated with Blue Lodge # 318. His love of the work of the Masons and Shriners led him to work tirelessly in both organizations. In 2011, he was honored to be chosen Potentate of Hamasa Shrine of Mississippi, the highest position in the organization.  Transporting children that needed medical attention to Shriner’s Hospitals was one of the tasks that Ruben enjoyed.  Helping those wonderful children and their families meant the world to him. Throughout adulthood, Ruben enjoyed such meaningful friendships with people from all facets of his life. His warm embodiment and sincere sharing of his inner self is a remarkable tribute to the man he was and the fostering of these relationships. He maintained his passion for helping children and spending time with his family.  Ruben cherished all of his moments with each of his grandchildren cultivating within them strong values of love, perseverance, joy, courage and honesty-loving each of them dearly.  Other passions were evident in his love for the outdoors, boating, fishing and time spent with friends.

A service of Death and Resurrection, with military honors, will be held at 11 AM Wednesday, Dec. 22, 2021 at the Sadie Holland Memorial Chapel of Holland Funeral Directors with Rev. Rob Gill officiating. Burial, with Masonic rites, will follow at Tupelo Memorial Park.  For those unable to attend, the service may be viewed at www.hollandfuneraldirectors.com./Live-streaming.

Ruben is survived by his children Donna Barnes, Charles Douglas (Doug) Hanson (Lauren), Debbie Underwood (Rick); his grandchildren Chad Barnes (Penny), Jake Hanson (Misty), Rob Hanson, Megan Steiner, Donny Behnemen, Max Hanson and Lindsey Beard, and five precious great-grandchildren. Ruben also leaves behind a vast array of other family and friends, having touched so many throughout the various periods of his life. Ruben is preceded in death by his wife Vivian on Nov. 29, 2011; parents, Gayhart and Nora Hanson; father-in-law Charlie Hamilton and mother-in-law Virgie Hamilton and four of his siblings.

Pallbearers will be grandsons, Max, Jake and Rob Hanson and Chad Barnes. Honorary pallbearers will be Larry Golden, Vance Perkins, Melvin Ford, Marvin McFadden and all members of the Lee County and Hamasa Shrine.

The family requests that memorial contributions be made in Ruben’s memory to the Hamasa Shriners Transportation Fund, P. O. Box 365, Meridian, MS. 39302.

Holland Funeral Directors is honored to be serving a brother mason family.