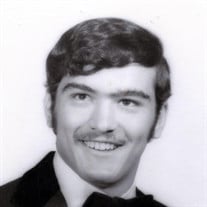 Jimmie Steven “Steve” Jones, age 63, of Oxford, MS passed away Sunday, December 26, 2021, at his home in Oxford, MS with family by his side. He was born September 4, 1958, in Water Valley, MS to Shirley (Mathis) Jones and the late Jimmie R. Jones.
August 16, 1981, he married Mary Elizabeth Knight Jones and they had two daughters, whom which he adored.

Steve worked in many capacities in the family business at Jones Supermarket in Water Valley, MS until it sold in 1985. Afterwards he worked many years in different banks until he found his true calling, which was teaching history at Hinds Community College. Steve’s passion for baseball led him to coach, and umpire, boys and girls little league in Water Valley for more than ten years. Steve had a passion for learning history which lead him to read constantly. When he wasn’t working or reading, he loved to watch sports.
Steve is survived by his wife of 40 years, Mary Beth Jones of Oxford, MS; two daughters, Megan Jones of Madison, MS and Morgan Jones of New Orleans, LA; his mother, Shirley Mathis Jones; one brother, Gregory Mathis Jones, both of Water Valley, MS; one niece; four nephews; and one grandson, Knight Jones Bennett which was his pride and joy.

The family will receive friends Wednesday, December 29, 2021, in the Gardiner Room at Seven Oaks Funeral Home from 5:00 PM until 7:00 PM.