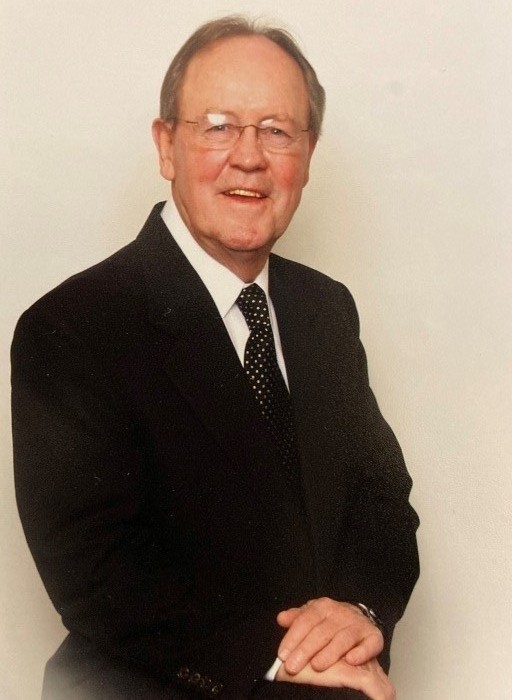 Tupelo- One of Mississippi’s great legendary coaches, sports administrators and good citizen crossed the finish line departing this life for his life in eternity after a sudden illness on Sunday, January 16, 2022. Coach James Harold “Booty” Sloan was born in Lee County on September 16, 1940 to the late Shelly Franklin Sloan and Stella M. Culver Sloan. He graduated from Shannon High School in l959 where he participated in football and baseball. He earned the All-Tombigbee Conference award as a quarterback in 1958. Booty graduated from Itawamba Junior College where he played football and baseball on scholarship. He was inducted in IJC Athletic Hall of Fame and inducted into the Mississippi Community and Junior College Sports Hall of Fame. He graduated and held degrees from Mississippi State University (BS-Education), University of Mississippi (OLE MISS) (MA-Educational Leadership), and Mississippi College (Educational Specialist).  He was married to Wanda Nanney on September 3, 1965 in Tupelo. They had two children, Thomas F. “Tommy” (Kristi) of Saltillo and Jamie Sloan Taylor (Randy) of East Tupelo. Tommy and Jamie blessed them with grandchildren:  Dustin Tyler Sloan, deceased; Bailey Sloan Bishop (Luke); Madeline Coggin (Weston) and Sloan Wallis. They have two great grandchildren, Declan and Rory Bishop. Their life together was centered around Christ, family, and sports. Coach worked with George Watson Sporting Goods selling athletic supplies. Then, he went to the State Department of Vocational Rehabilitation as a counselor. His coaching career had stops at Shannon High School, W.P. Daniel High School in New Albany, Clinton High School in Clinton, Copiah-Lincoln Jr. College in Wesson, back to Clinton High School and ended at Tupelo High School in Tupelo.  After retiring, he traveled selling school supplies for School Specialty. He returned to the Tupelo School District as Assistant to the Superintendent, Dr. Mike Vinson, at the Central Office.  He was appointed Athletic Director at Tupelo High School from 2000-2003. He returned to coaching again assisting the coaches at Shannon, Saltillo, and Nettleton High Schools. He spent 37 years in athletics coaching in 6 decades: 60’s, 70’s, 80’s, 90’s, 2000’s, and 2010’s. Coach Sloan won many awards as a football coach. He also coached three Mississippi Junior College All-Star Games and two Mississippi Association of Coaches All-Star games. He was the first head coach of the inaugural Mississippi/Alabama All-Star Game. Sloan’s final stop in his coaching career prior to retiring was at Tupelo High School where the 1992 football team won the State Championship. Other awards that he was honored to receive were the Mississippi Association of Coaches’ Hall of Fame in 2004, the MAC Roy Garcia Outstanding Coach award in 2011 and the Northeast Mississippi High School Football Coaches Hall of Fame in 2015. Coach loved golf and was a member at the Natchez Trace Golf Club for many years, the Fulton Country Club, and Bel-Air Golf Club of Tupelo. He loved fellowshipping with his golfing friends.

He and Wanda were longtime members at St. Luke United Methodist Church where he taught the Fellowship Sunday School Class.  Booty served on several Boards of Directors including the Mississippi Association of Coaches, the Mississippi Junior College Association, United Methodist Senior Services/Traceway Retirement Center, and church boards and committees of all churches he attended.

A service of Death and Resurrection celebrating his life will be held at 1 PM Thursday, January 20, 2022 at St. Luke United Methodist Church with Rev. Rob Gill and Rev. Hannah Shempert officiating.  Burial will follow in Tupelo Memorial Park on Joyner. Visitation will be from 4 PM-7PM Wednesday, 1/19/22 at the Tupelo Chapel of Holland Funeral Directors and noon until service time at the church.Holland Funeral Directors is honored to be serving their friends.

Survivors include his wife, Wanda; two children, Tommy and Jamie and their families.  He was preceded in death by his parents, brothers, C.L. Sloan and George Sloan and Sister, Shirley Ann Sloan Green and the love and joy of his life, his grandson, Tyler Sloan.