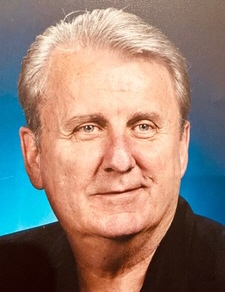 Mr. Kenneth Edward Lambert, 77, passed away on Sunday, January 23, 2022, at The Magnolia in Oxford, Mississippi, after an exhausting struggle with Parkinson’s disease. There will be visitation and an informal remembrance gathering on Monday, January 31, 2022, from 1:00 P.M. until 3:00 P.M. at Waller Funeral Home.

As a mischievous boy in his native New Orleans, the fifth of six children, affectionately known as Kenny, he grew up with a penchant for the city’s traditional jazz music and food, most especially crawfish, fried cauliflower, and his mother’s roast and red gravy. In 1963, he enlisted in the United States Air Force, where his buddies nicknamed him “Lurch,” and served as an Airman while stationed in Hawai’i during the Vietnam era. Near the end of his military tenure, he met Army Captain Sharon Sorrels and, after a whirlwind courtship, proposed to her before returning to New Orleans to work alongside his father, sister, and brothers in the family’s business, George’s Plumbing & Appliances. He built a home on Curran Boulevard, where they lived when he and Sharon welcomed their only child, a daughter, Connie Lynn. In 1976, looking for a slower and quieter life, the family moved to coastal Mississippi. He worked at George’s for 35 years, until his family sold the business in 2000, at which time he and Sharon moved to Castle Rock, Colorado. They lived there until late last year, when they moved to Oxford to be closer to Connie and her husband, Douglas. Kenny never met a stranger; was never at a loss for words; always maintained a straight face while harmlessly stretching the truth with a twinkle in his eye; generously found the time to help others; and delighted in making people smile.

Mr. Lambert is survived by his beloved wife of 54 years, the former Sharon Sorrels of Oxford, Mississippi; daughter, Connie, and her husband, Douglas, also of Oxford; a sister, Elmere Burkart, and her husband, Roy, of Metairie, Louisiana; an older brother, Roger, and his wife, Cleo, of Baton Rouge, Louisiana; a younger brother, Robert, and his wife, Carmel, of Bay St. Louis, Mississippi; two grandchildren, Emily Templin of Arlington, Virginia, and Valerie Templin of Blacksburg, Virginia; and many nieces and nephews.

Expressions of sympathy or memorial contributions in Mr. Lambert’s memory may be made to the Kenneth Lambert Memorial Parkinson’s Research Endowment through the University of Mississippi Foundation, 406 University Avenue, Oxford, MS, 38655, or online at: https://umfoundation.com/main/make-a-gift