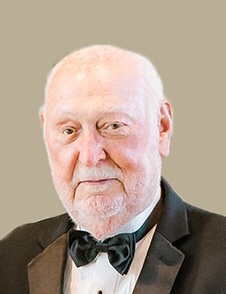 Walker Watson Graham of Memphis, Tennessee passed away peacefully on January 26, 2022 at the Veteran’s Home of Oxford. Walker is predeceased in death by his wife Dorothy Graham, and his parents, Dr. George Granville Graham and Gwendolyn Watson Graham of Memphis. He is survived by his daughters, Tabb Humphreys, Kelly Cunningham (Bruce) and Vivian Beaty (Stan), and stepchildren, Michele Smith (Buz) and Jimmy Zanone, all of Memphis. He is also survived by his sister Lynda Graham McCarty (Ben) from North Carolina and his brother Dr. George G. Graham Jr. (Dodie) from South Carolina, along with nine grandchildren and two great-grandchildren.

Walker was born in Memphis on April 18, 1933, the second child of Dr. and Mrs. Graham. He completed his early education at the Pentecost-Garrison School, and graduated from McCallie School in Chattanooga, TN. He began college at University of Tennessee Knoxville where he was a member of Sigma Alpha Epsilon Fraternity, before serving active duty in Korea with the United States Army. After his military service, Walker graduated from Louisiana State University with a degree in Agricultural Engineering, where he was inducted into Tau Beta Pi National Engineering Honor Society. He enjoyed a life-long career as a Real Estate Developer, and was an enthusiast of all thing’s engineering and nature. His favorite place on earth was being near the water, spending his retirement years at Horseshoe Lake with his wife Dottie, and later at Harbor Town where he loved to watch the mighty Mississippi.

Walker loved antique boats, sports cars, animals and the VA, but mostly he loved spending time with friends and family. His entertaining stories and enthusiasm for life will be greatly missed.

A private service will be held for family at a later date.

In lieu of flowers, donations may be made in Walker’s honor to War Horses for Veterans, Inc at https://warhorsesforveterans.networkforgood.com