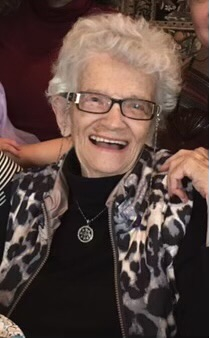 Gloria Therese Caven Robbins, 92, after a long and fruitful life,met her Creator  on Thursday evening, January 27, 2022 from Sanctuary Hospice House. Gloria was born on December 15, 1929 in Okolona, Mississippi to the late CA “Charlie” and Lillian Thompson Caven. She graduated from Okolona High School and attended Mississippi University for Women. An independent woman who didn’t mind work, Gloria first was employed at Futorian Furniture. She later became Secretary for many years to Mr. James Everett McCain, CEO of the Bank of Okolona. Her trademark on the community was her ownership of The Robbins Nest in Okolona, an arts and crafts business which she owned and operated for over 40 years.  Gloria lived her entire life in the Okolona area before moving to Nettleton 5 years ago to be near her daughter.  She was a longtime active member of the Okolona First United Methodist Church and became associated with Nettleton First United Methodist Church. Her affinity for arts and crafts was noteworthy especially her hand painted glass. Always great with her hands, she was a keen businesswoman, a devoted wife, mother and Grandmother.

A Service celebrating Gloria’s life will be held at 11AM on Saturday, January 29, 2022 at First United Methodist Church of Nettleton with Rev. Randy Robbins & Rev. Danny Estes officiating. Visitation will be from 10AM to service time on Saturday only at the church. Holland Funeral Directors-Tupelo is honored to be serving their friends.

Memorials may be made to Sanctuary Hospice House, P. O. Box 2177, Tupelo, MS. 38802.  Condolences may be emailed to hollandfuneraldirectors@comcast.netd