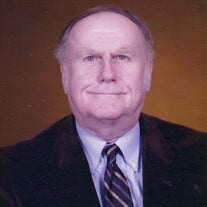 Mr. William Gordon Coleman, Jr., 80, passed away on February 11, 2022, at Woodlands Rehabilitation and Healthcare Center in Clinton. William was born on September 19, 1941, in West Point, to the late William, Sr. and Sallie Mae McGee Coleman. He was a Veteran of the Mississippi Army National Guard. He graduated from Mississippi State University with a degree in Accounting. He was a member of the following: Mississippi Association of Public Accountants, Mississippi Bar, The American Philatelic Society for 25 years, Post Mark Collectors Club 1990-2015, and Mississippi North Jackson Lions Club, where he served as President from 2001 – 2002. He was a member of Woodland Hills Baptist Church.

In addition to his parents, he was preceded in death by a sister, Sara Ann Coleman Kintz.

Graveside services will be held at a later date. Calvert Funeral Home of West Point is honored to be entrusted with the arrangements.

Survivors include a host of nieces and nephews.